Avoiding A Future Of Retired Destitute 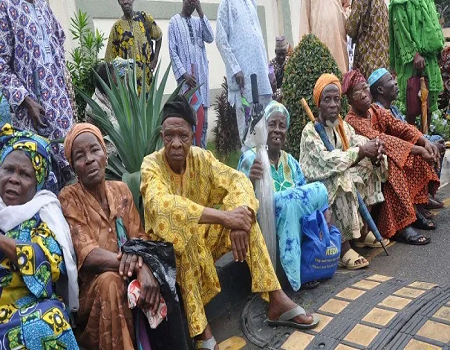 And according to National Bureau of Statistics (NBS), 33 per cent of those within the workforce who were willing and looking for job were unemployed as at the close of 2020. According to the International Monetary Fund (IMF), the informal sector accounts for approximately 65 per cent of economic activities in Nigeria.

The question then arises as to how this mass of unemployed and those in the informal sector will cope with their lives when they are old and tired? Citizens working for government or the organised private sector have reasonable assurance of secured old age. They are paid gratuity after their years of service while some are paid periodic pension. A pension plan is defined as a retirement plan that requires an employer to make contributions to a pool of funds set aside for worker’s future benefit. The pool of funds is expected to be invested on behalf of such employees while earnings from such investments are then paid monthly to the worker upon retirement. However, neither the federal nor state governments maintained any sustainable pension pool that was invested to yield reasonable income to pay workers’ retirement benefit.

By the 1980s, retired workers were already experiencing delays in payment of their entitlements from federal and state governments. Governments only budgeted for payment of pensions annually for anticipated retirees and those on the pension payroll. However, as governments found it increasingly difficult to faithfully execute annual budgets, the pensioners suffered.

A pension plan could be either defined benefit or defined contributory. Contributory pension plan allows a worker to contribute part of their current income from wages into an investment plan to help fund retirement of which a portion may be matched by the employer.

Defined benefit plan on the other hand pays a retirement income based on salary and the number of years that the employee worked. In contributory pension, the amount of money a worker will have in the retirement savings account (RSA) depends on how much they paid in and the dexterity of their pension fund managers in investing the money over the years. Some other considerations include for how long the staff worked and contributed; salary while working; and at times, final salary.

Finally, in 2004, Federal Government enacted the Pension Reform Act, which established a contributory pension scheme for payment of retirement benefits of employees of the public service of the Federation, the Federal Capital Territory and the private sector. Until 2004, pension plans were optional in the private sector and not operative in many organisations and where they did, the retirement benefits were loosely administered, with employers managing the funds.

According to some notes provided by Wale Babalakin and Co, “in both the private and public sector, huge deficits in the pension funds were reported, with retired workers facing non-payment of their pensions, or queuing for days to claim what they are owed. The Nigeria Social Insurance Trust Fund (NSITF) to which employees make provident contributions for retirement has also not been paying con- tributors’ entitlements as and when due.

“The Act became necessary to ensure that uniform regulations and standards apply to the administration of retirement benefits for the private sector and the public sector as well as to ensure that individuals save towards catering for their old age.”

Although Section 1(2)(b) of the Act provides that the scheme applies to an organisation with five or more employees, this has not been strictly enforced by National Pension Commission (PenCom). Many employers still deduct contributions from their workers without either adding their portions or remitting such to pension fund administrators. This is despite the Act stipulating that it is the employer’s responsibility to remit both the employee and its own contributions to the Pension Assets Custodian (Custodian) specified by the PFA of the employee within seven days from the day the employee is paid his salary. The National Pension Commission (the Commission) may impose a penalty of not less than two percent of the contribution remaining unpaid on the employer for failure to remit contributions and such penalty shall be recoverable as a debt owing to the employee’s retirement savings account. In addition to the contribution, the employer is required to maintain a life insurance policy in favour of the employee for a minimum of three times the annual total emolument of the employee under section 9(3). Section 4 of the Act provides that upon retirement or attaining the age of 50, whichever is later, the balance of the retirement savings account shall be utilized for the fol- lowing: a. Programmed monthly or quarterly withdrawals calculated on the basis of an expected life span; b.Annuity for life purchased from a life insurance company with monthly or quarterly payments; c.A lump sum from the balance of the retirement savings account, provided that the amount left shall be sufficient to procure an annuity or fund programmed withdrawals that will produce an amount not less than 50 per cent of his annual remuneration as at the date of his retirement.

“As at Q4 2020, 25 states of the federation had enacted pension laws on the CPS while seven states were at the bill stage,” the report said. In its First quarter 2021 report, PenCom stated that pen- sion assets had grown to N12.39 trillion. Yet, a sizeable portion of the society has been left out of the pension scheme. As noted earlier, three quarters of Nigeria’s economy is in the informal sector. The EFInA Access to Financial Services in Nigeria 2020 Survey shows that only 51 per cent of Nigerian adults use formal financial services, such as a bank, a microfinance bank, mobile money, insurance, or pension accounts.

Pencom has segmented the informal sector into three broad categories: low income earners, high income earners and SMEs. Each of them is being targeted with appropriate pension products and sensitization programmes that meet their peculiarities.

The initiative is expected to cover an estimated 80 million people working in the informal sector including market women, the transport workers, members of textile, garment and tailoring associations, tricycle operators and okada riders among others. Under the initiative, 40 per cent of the amount contributed could be accessed by contributors for contingency purpose while the balance of 60 per cent would be set aside for retirement benefit.