Nigeria At Brink Of Avoidable Catastrophe, Restructuring Only Way Out 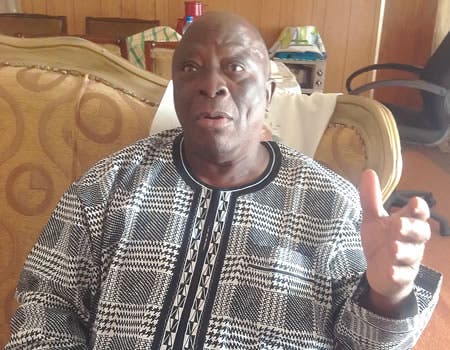 Pan-Yoruba socio-political group, Afenifere, on Sunday said the Nigerian nation is at the brink of an avoidable catastrophe that requires urgent actions, declaring that the most potent recipe to prevent the catastrophe was to restructure and return the country to true federalism.

Afenifere gave this position on Sunday as part of the resolutions of its Executive Council, after reviewing recent developments in the country, at its meeting held at the Lagos residence of its acting leader, Chief Ayo Adebanjo, last week, declaring further that signs were “ominous requiring steps to prevent the country from apocalypse.”

This was as the pan-Yoruba socio-political group, in the statement issued by its National Publicity Secretary, Comrade Jare Ajayi, copy of which was made available to the Nigerian Tribune, threw its support for the recent resolutions of Southern governors placing a total ban on open grazing and having state police established in the country. According to the statement, Afenifere at the meeting presided over by Pa Adebanjo; the Deputy Leader, Oba Oladipo Olaitan; Chief Sola Ebiseni (Secretary-General), Chief Supo Sonibare (Treasurer), Abagun Kole Omololu (National Organising Secretary), Comrade Jare Ajayi (Publicity Secretary),  Adebayo Adenekan (Secretary for the Diaspora), Dr Akin Fapohunda (Director of Research) and Mogaji Gboyega Adejumo, called on President Muhammadu Buhari, the National and state Assemblies “and all other concerned authorities to ensure that restructuring takes place within the remaining part of this year.”

The group demanded that implementation of restructuring towards achieving true Federalism must begin before the middle of next year. On the stance of the Southern Governors Forum (SGF) on open grazing, Afenifere said it was in full support of the state helmsmen to have laws banning such practice latest by September 1, urging the remaining states to enact the same law expeditiously. Besides, the pan-Yoruba group called for immediate enforcement of the law in order to put an end to various vices that the act of open grazing was engendering, even as it frowned at the disapproval being expressed by some Northern elements to the position of Southern governors and querying the basis for such.

Afenifere, in its resolutions, maintained that the seeming intractable security challenges in the country were due largely to the restraint put in the way of state governors, positing that governors were described as Chief Security Officers of their respective states, yet they had no security agency that could be deployed to where crimes were being committed with arms. The group said this must change, demanding that state police, down to the level of local government, must become operational immediately.

“The governors are described as Chief Security Officers of their respective states, yet they have no security agency that can be deployed to where crimes are being committed with arms. “Those of them who came up with some security apparatus like Amotekun are disempowered because they could not bear arms. And when they arrest suspected criminals, such suspects must be handed over to the police.

“As experiences have shown, once this is done, hardly do such cases go beyond the police. And the state security body has no control anymore since the police is a Federal agency who does not take order from the governor. This must change. State police, down to the level of local government, must become operational immediately,” the communiqué asserte.