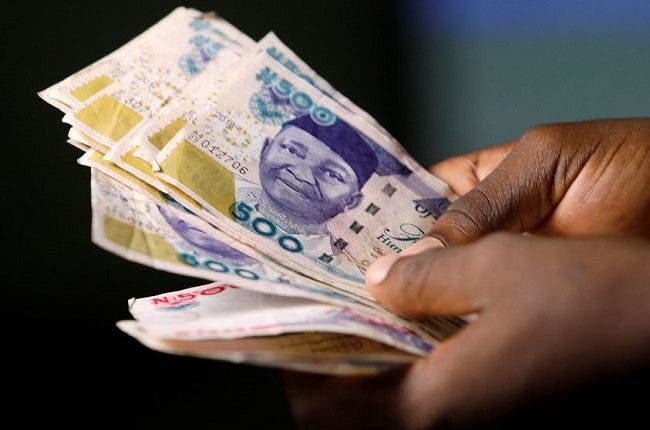 This past Saturday, a Facebook user updated his status update thus: “Serious round tripping; Buy (naira) at N393 from CBN, sell at N494 in open market. Who are the owners of BDCs?”

The agitation elicited various reactions from his friends with everybody lamenting the state of affairs with the currency and management of it by the Central Bank of Nigeria (CBN).

This was precisely what happened in 2016. At a point, dollar was sold for more than N500. Why should we subject millions of people to unnecessary economic pains just to allow a few people to profit improperly?

Nigerians defeated so terribly. It’s saddening. “I bought at N517/$ in February 2017…Buhari was in hospital in London, naira was in coma in Nigeria…nothing shocks me again in this country.”

Those were some of the comments following the status update. Most Nigerians are concerned about the exchange rate of the naira because almost everything is priced based on foreign exchange including real estate, food, health treatment and education.

Realistically however, countries have been known to manipulate their currencies in order to obtain some advantages for the economy.

Japan, South Korea and China are some of the highest exporting countries in the world but their currencies continue to remain weak when compared with their peers like dollar, pound and the euro.

When an import dependent country has a weak currency, there are bound to be increasing unemployment and escalating poverty. Such is the present case of Nigeria. With increasing appetite for imported goods and dwindling price and volume of crude export, pressure on naira remain high, leading to regular devaluation. At a point there were at least four exchange rates including official rate, special rate for favoured manufacturers rate, importer and exporter (I&E) rare, Bureau de Change rate and black market rate.

All these, were allowed as a way to manage external reserves without CBN appearing to devalue the currency.

A media report in 2016 revealed that a particular conglomerate got foreign exchange at discriminatory rate thus making at least $100 million gain within three months.

Following the disclosure, a former Governor of CBN, Mallam Sanusi Lamido, who was then Emir of Kano lamented perceived iniquity in the management of foreign exchange saying “I can sit in my garden, make billions through forex without sweat.”

He described as unwholesome a situation where people leverage on their connection and rake in billions without commensurate effort. “With my background in the banking sector and now a royal father, I can sit in my garden and make billions through forex market without sweat. This is how most of those you called billionaires made their money.”

International Monetary Fund (IMF) and World Bank also continued to pressurise CBN must to abolish its multiple foreign exchange management system in order to create equal opportunity for all. To be sure, continuous devaluation of the naira since the early 1980s has had devastating effects on the livelihood of Nigerians to the extent that BBC once ran a documentary, which concluded that Nigerians were riding their last cars! In 1982 for instance, national minimum wage was N120, which was the equivalent of $178.3 whereas in 2021, minimum wage has gone up to N30,000 but with a value equal to only $72.8.

Whether with positive or negative balance of trade/payments, naira is always on its eternal journey down. In their joint letter of intent to IMF and Board while applying for a $3.4 billion loan in 2020, Minister of Finance, Budget and National Planning, Mrs Zainab Usman and CBN Governor, Mr Godwin Emefiele pledged to ensure exchange convergence. But failure to fulfil this was a major reason that World Bank has not approved another COVID-19 relief loan that Nigeria is seeking from it.

About two weeks ago, CBN took a step towards fulfilling demands by IMF and World Bank to abolish multiple exchange rates. It therefore, removed the official exchange rate of N379/$ from its website. This has led to reports that the apex bank devalued the currency to the I&E Window rate.

I&E window is moving rate subject to the managed float forex management regime. One agency reported that CBN devalued the naira by 7.6 per cent against the dollar the apex bank migrates toward a single exchange-rate system for the local currency. It reached this conclusion because CBN replaced the fixed rate of N379 to a dollar used for official transactions with I&E flexible rate that had averaged N410.25 per dollar in 2021.”

It is true that CBN removed the N379/$ official rate from its website just within the last fortnight, the bank ceased to work with the rate since early this year.

On February 2, CBN revised its one-year Non-Deliverable Forwards (NDF) for which it intends to settle foreign exchange futures contracts. In the contract terminating on February 24, 2021, the CBN priced the dollar at N412.14, compared to the average price of N395/$1 traded at the Investors and Exporters (I&E) window.

On February 26, Emefiele had hinted that it had recognised NAFEX, also known as I&E as the official rate and that the currency had depreciated to N410 against the dollar. He explained that drop in crude oil earnings and associated reduction in foreign portfolio inflows significantly affected supply of foreign exchange into Nigeria. “In order to adjust for the decrease in the supply of foreign exchange, the naira depreciated at the official window from N305/$ to N360/$ and now hovers around N410/$’’, he declared.

Both President Muhammadu Buhari and Emefiele originally expressed preference for stronger naira and vowed never to allow the currency depreciates but wishes are never horses. Since 2015, naira has depreciated from N306/$ to its current level of between N412/$ and N494/$ depending on which market a trader is dealing with.

While CBN tries to discountenance parallel market as insignificant, it is where most Nigerians conduct their forex transactions. And although World Bank recently reported about a $20 billion diaspora remittance to Nigeria in 2020, most of it was transferred through the parallel market.

Unfortunately, efforts to increase local production for local consumption, increased export and also to minimize imports have not yielded desired results because of unstable policies and widespread insecurity across the country. And the continued depreciation of the currency is a practical devaluation of the lives of Nigerians as many young Nigerians are now desperate to earn the hard currency. While most of the youth have become desperate to leave the country at all costs, others are involved in internet frauds all in a bid to earn the hard currency.