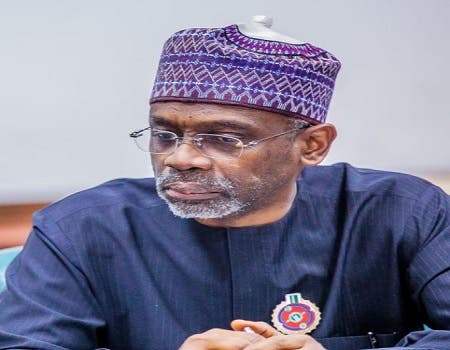 Barring last-minute changes, the House of Representatives will on Tuesday flags-off the investigative hearing into the ban imposed on the operation of the microblogging site, Twitter, in Nigeria, issued by the Federal Government, on June 4, 2021.

The investigative hearing is to be held at the instance of the joint Committees on Communication, Justice and Information; National Orientation, Ethics & Values and National Security & Intelligence.

Some of the invited stakeholders include; the Minister of Information, Culture and Culture, Alhaji Lai Mohammed, as well as Civil Society Organisations (CSOs), Non-Governmental Organisations (NGOs), among others.

The proposed investigative hearing was sequel to a directive issued by the Speaker, Hon Femi Gbajabiamila, on June 8, 2021, while welcoming his colleagues from the two weeks, who harped on the need for the House intervention on the Federal Government’s controversial decision to ban microblogging site, Twitter for alleged plans to disintegrate the country.

Worried by the public outcry that greeted Federal Government’s decision, the Speaker said the relevant House Committees of Communication, Justice and Legal Matters, as well as Information, are to submit a report within 10 days to enable the House to take an informed decision on the ban.

While acknowledging that Twitter has been an important means of communication and business for the younger generation of Nigerians, the Speaker, however, observed that government has a responsibility to ensure it is not used to undermine national security.

According to Hon Gbajabiamila, the investigation is to determine whether due process was followed in making the decision.

In line with the Speaker’s directive, the joint Committees was mandated to consider the legal frameworks upon which the Federal Government made the decision.

Recall that members of the Peoples Democratic Party (PDP) in the House had after the Speaker’s speech staged a walk-out to protest his refusal to give audience to the contributions to the debate on the floor.

Hon Kingsley Chinda who conveyed the Caucus’ displeasure over the threat issued to arrest Nigerians who use Twitter service, expressed grave concern over the present administration’s dictatorial posture, alleged that the ban may compound the lingering insecurity and unemployment.

Speaking exclusively with Tribune Online, the immediate past Deputy Chairman, House Committee on Petroleum Resources (Upstream), Hon Mark Gbillah, underscored the need for relevant House Committees to investigate whether the memo through which the ban was pronounced emanated from the office of the Attorney General of the Federation (oAGF) and Minister of Justice or not.

“While I give him the benefit of doubt in that regards, it is a concern to me and I don’t believe he would have made such an irresponsible memo but we would employ every legislative means at our disposal to enquire and investigate to see whether or not truly such a memo was indeed sent by this Attorney General to the President.

“But to further buttress my concern about the conduct of the Attorney General, in his recent support and culpable instigation of the ban on Twitter in the 21st century the Buhari administration is displaying, a very characteristic of a military junta this President once headed, the infamous Decree 4 has appeared it is rearing its head again under the guidance of the national interest, I think the Attorney General should be learning his voice to this illegal action which contravenes section 39 and 39 of the Constitution.

“Section 39 specifically talks about freedom of speech and the freedom of dissemination of information which they have restricted Nigerians from doing by this action and it brings to the fore the question Mr President asked which unfortunately the INEC people were too beholding to him to respond to him.

“Mr President said we would treat them in a language they would understand. And that obviously when you are talking about people from certain part of the country, connotes the sound and actually referred to the civil war. Doesn’t the Attorney General, the Ministry of Information and APC know that those are sensitive areas you do not carefully talk about? Do they think Twitter has not done their research? Twitter is a private organisation with their rules,” Hon Gbillah noted.