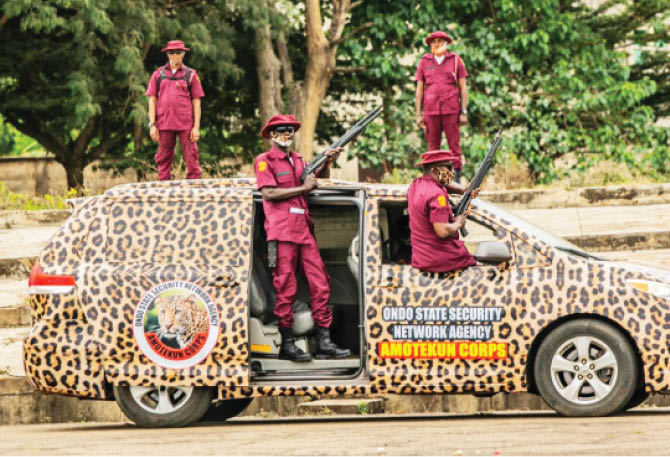 Worried by the worsening herdsmen crisis in parts of the state, the Ogun State Government has commenced the recruitment of Amotekun operatives.

In a notice on Thursday, the government asked qualified individuals interested in joining the State Security Network to submit their applications.

It also called on local vigilantes, hunters, and ex-servicemen to be members of the corps, noting that the security outfit would fortify the existing security architecture.

“Interested applicants are advised to: Apply on the Job Portal http://jobs.ogunstate.gov.ng, Fill both the online and downloaded application forms, and submit two(2) copies of the downloaded form at the Office of the Commander, Ogun State Community, Social Orientation and Safety Corps (So-Safe Corps).

The Amotekun Corps had also got the constitutional backing of the six-state assemblies in the region.

While Ondo, Oyo and Ekiti states have since commenced the operations of the security outfit, governments of Osun, Ogun and Lagos had yet to begin activities.