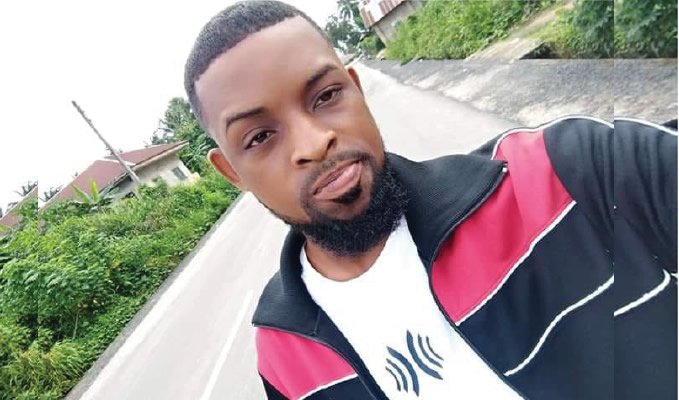 Ekpo Iniobong
Share
Facebook Twitter LinkedIn Pinterest Email WhatsApp
A 500-level student of the Akwa Ibom State University, Ekpo Iniobong, has decided to sue the institution over his suspension and subsequent expulsion.
The final year student of the Department of Agricultural Engineering was first suspended by the management in September 2020 and then expelled via a letter dated April 9, 2021, for allegedly criticizing the state governor, Emmanuel Udom, in a Facebook post.

Iniobong, through his lawyer, Inibehe Effiong, sent a pre-action notice to the Vice-Chancellor of the institution, Prof Nse Essien, dated June 18, 2021, seeking his immediate and unconditional reinstatement, among other demands.

The notice read in part, “At no time did the Akwa Ibom State University invite or summon our client to appear before the university’s Students’ Disciplinary Committee prior to his indefinite suspension. Our client was not shown, confronted or availed with the purported abusive post.

“It is apparent that the university acted in contravention of Section 36 of the Constitution of the Federal Republic of Nigeria, 1999 as amended and Article 7 of the African Charter on Human and People’s Rights.

“Consequently, we hereby demand the following: immediate and unconditional reinstatement of our client; restoration of all studentship rights accruable to all students of the university; and the payment of the sum of N20m to our client, representing damages for the gross breach of our client’s fundamental human rights and the resultant depression he has suffered.”

The student said the school had yet to prove any case of defamation against him, adding that it did not find him guilty of any offence before he was expelled.

He stated, “My ordeal started in September 2020 two days after the university announced resumption after the COVID-19 lockdown; my sister called me from Lagos that I had been suspended indefinitely. The reason for the suspension was that I refused to honour an invitation from the Students’ Disciplinary Committee.

“I went to the school to meet the secretary to the CSO and other persons. They told me that they hadn’t seen any letter of indefinite suspension. I returned to my department to get the original copy of the letter. Since they said I refused to honour an invitation, I asked my department to show me the invitation letter. The department and the HoD responded that they didn’t receive any invitation.

“In January, they pasted my picture on the school gate without any indication that they had found me guilty. I got a third invitation. When I rushed to the meeting, they told me that I was not supposed to be invited that it was a wrong invitation. I continued to attend classes, because they did not give me a proper letter of suspension. I have taken my first semester 500-level exams already. My last meeting with them was on March 3. They didn’t prove in any way that there was any defamation of character. I got an expulsion letter on June 15, 2021.”

When the Public Relations Officer of the institution, Akaninyene Ibanga, was contacted, he said he would not speak on the matter.

“I am not ready to speak on that subject matter,” he simply stated.