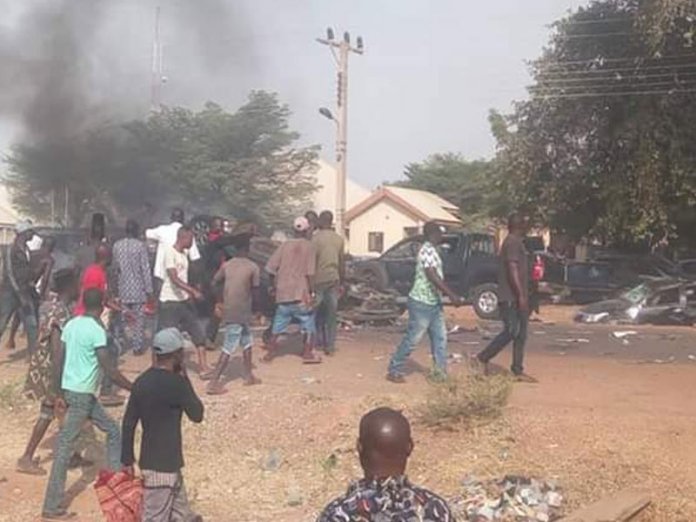 As survivors of the recent attacks and killings by herdsmen in Kajuru Council of Kaduna State flee their homes, no fewer than 30 have arrived Ungwan Maigero community in Chikun Council as refugees.

The displaced victims, who are mostly women and children, have taken refugee in dilapidated and uncompleted buildings.

Concerned citizens in the community stated yesterday that the refugees were over 30 and that more were still trooping in as a result of the armed attacks in Kajuru.

“Presently, they are being camped in a mud house yet to be plastered and floored with emergency doors and windows, with no toilet facilities and potable water.

“Our attention was drawn to the emergence of some refugees on Sunday evening by some concerned individuals. We got there and discovered over 30 women and their children, with more still trooping in as a result of herdsmen’s attack somewhere in Kajuru,” a Christian cleric, who led the group said.

He appealed to public-spirited individuals to come to their aid by contributing food, clothing, beddings and others.

Again, warring factions in Taraba State have been called upon to sheathe their swords in the spirit of Sallah.

Former governorship candidate of the Social Democratic Party (SDP) in the state, Chief David Kente, in a statement, also urged well-to-do individuals and groups to reach out to the less -privileged members of the society.

Kente, who represents Taraba at the North East Development Commission (NEDC), noted that “the global devastation caused by coronavirus disease (COVID-19) has made it even more important for the Muslim Ummah and the entire people of the state to uphold and sustain the virtues that characterise the holy month of Ramadan and the great feast of Sallah.

“We are all aware of the challenges that are confronting the world as a result of COVID-19, despite efforts of the governments at all levels. We know that it has been a trying moment for all of us, especially for the less privileged.

“It is, therefore, imperative that we reach out to them in our own little ways as much as possible,” he said.

Urging Muslims in the country to sustain the virtues of the Ramadan fast and embrace peace and religious tolerance, he said: “We must learn to resolve our differences amicably and live as one.

“When we learn to practise the teachings of the holy books, we would have a more peaceful and developed society.”