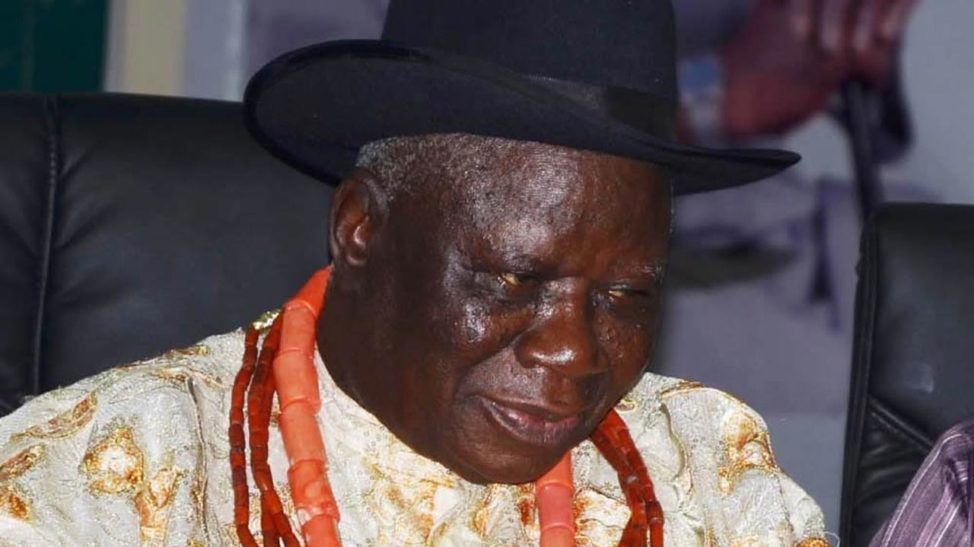 The two organisations made the appeal at a special webinar meeting organised yesterday in Lagos to mark the 93rd birthday of Chief Edwin Kiagbodo Clark.

The News Agency of Nigeria (NAN) reports that the forum was to x-ray the economy oil-rich region after the COVID-19 lockdown.

Niger Delta leaders submitted that the dock, which is described as the largest in Africa, would be the ideal enterprise for President Muhammadu Buhari to inaugurate in the post-COVID-19 Nigerian economy.

They said that the wharf, specifically designed for the region, had been lying unused on Lagos waters.

A statement issued by Mr. Tony Uranta said the benefits of the dock to the area would be immeasurable considering the Maritime University in Niger Delta.

Besides, the Minority Caucus in the House of Representatives and Ohanaeze Ndigbo Worldwide have extolled Clark’s leadership virtues.

The Minority Leader of the lower legislative chamber, Ndudi Elumelu, in a statement yesterday described the nonagenarian as a forthright, fearless and outspoken leader who “has remained steadfast in his commitment towards the unity, stability and development of Nigeria.”

On his patriotism and commitment to the unity of the country, the caucus noted: “Chief Clark has remained a firm and uncompromised voice for the entrenchment of rule of law, social justice, adherence to the principles and tenets of constitutional federalism, equitable distribution of national opportunities and undiluted respect for the sensibilities and rights of federating units in the quest for a strong, united and virile nation.”

In his remarks, Ohanaeze’s President-General, Chief John Nnia Nwodo, depicted the PANDEF chieftain as a “rare patriot and an extra-ordinary nationalist the country should be proud of.”

In a goodwill message, Nwodo said “his commitment to justice and truth in our land sets him out as a humanist who desires fairness in our country.”

He pointed out that since the nation got independence nearly 60 years ago, “Chief Clark has remained dogged in the struggle for a just and equitable society.”

Nwodo, in the statement he personally signed, admonished young leaders to learn from the “selfless quality in Chief Clark and eschew the self-aggrandisement inherent in the leaders of today.”

He said the South-South elder’s “commitment for a better and equitable Nigeria even at an age he should be resting was unparalleled and sets him out as an outstanding leader desirous to bequest a greater country to the younger generation.”