Bishop of Edmonton “called away” from episcopal ministry 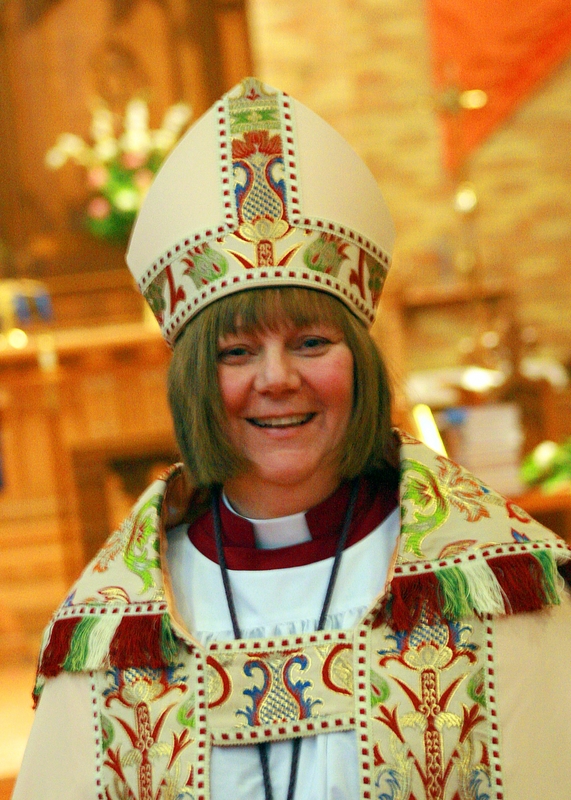 Bishop Jane Alexander, bishop of the diocese of Edmonton, says she will be stepping down from her position July 31, with “no idea” what she will be doing next.

“I have no need to say, ‘What’s the next big thing?’ The big thing is always just serving Jesus wherever he puts you,” says Alexander. “So, I know that’s what I’ll be called to do, but what that looks like? I have no idea.”

Alexander announced her resignation in a letter January 26.

In an interview with the Journal, Alexander said that she had been feeling a change coming for a while. “Sometimes I think we think of discernment as something that happens once and then we go, ‘There, you’re done.’ But that’s never been my experience of it. I think we get called into places and called out of places, and I was aware…easily a year ago, that something different was changing…. I’ve come to the conclusion that I’m actually being called out of diocesan episcopal ministry.”

The prospect is sad and a little scary, she says. “I love this ministry very, very much. I love the clergy and people of the diocese of Edmonton. It’s been just an absolute blessing.” At the same time, she says, she is confident that God has a plan for the diocese.

“I guess I could do another nearly 10 years of episcopal ministry here, but I think God is calling me out, which means that God has a mind to call somebody else in…. That doesn’t necessarily mean that it’s a change in direction, but to say things in a different way—or even just to say the same things and be heard in a different way.”

She says she hopes the diocese will carry on in the good work that it has been doing. “We’ve come a long way in terms of our work [with] poverty, and also being a church that looks outward and stands in the gap, I would say. That tries to be in the place where people are the most vulnerable; open to different forms of church so that people can have a community that maybe doesn’t look like it used to look; and a focus on a ministry of relationship and meeting people as Jesus met them.”

Alexander says she plans to step down at the end of July. While the date of the following episcopal election remain to be set, she estimates it will likely take place around September.

Alexander will not be attending the Lambeth Conference of bishops taking place this summer in Canterbury.

The bishop also shared her hope for the Canadian church at large. “My prayer…is that we really focus on helping people get to know Jesus.” Noting that she has been watching with interest movements such as the Way of Love, spearheaded by Episcopal Church Presiding Bishop Michael Curry, and the Church of England’s Thy Kingdom Come, she says, “I long for whatever the Canadian piece will be that unites the church in becoming better friends of Jesus.”

For now, Alexander is stepping into the unknown. “Like everybody, I wish I could flip the page in my book of life and see what’s written on the next page, but I can’t. All I can do is be faithful and follow.”