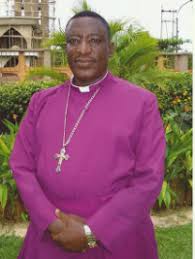 A young man who was involved in a fatal accident on the 27th of September 2019 Enoch Bahago together with his parents has called on well-meaning Nigerians to support them financially to save his life. According to Enoch “please I need help from the general public to save my life, thank you” 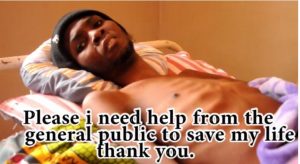 , after which he was operated on, he developed bedsore from laying down on one side, which has led to so many complications and would require over 6 million nairas for his treatment.

Affirming the story was the bishop of kafanchan diocese Anglican communion, The Rev’d Marcus Dogo on a phone call interview with ACNN Live news broadcast  he said “yes the incident happened sometime last year , I was called to be informed that the boy had accident  and Enoch has been a very committed member of the church, an EXCO at the AYF, the father is a very committed member of our cathedral, the chairman of the men’s fellowship in the cathedral, so immediately I had to ask the diocese to release some money when they were moved from ABU to national hospital and when I came back, I visited them at the hospital, I saw that he had a central paralysis and a surgery was conducted on his spinal cord, they said it was 50:50,with everything that was happening the whole money kept accumulating so we had to tell the whole diocese and churches to raise funds to help them but with all that, when they could not bear the funds anymore they were discharged because the bills was becoming too high, so that was how they came home, it was a very bad situation, even now it’s the father that is dressing the wound, they can’t take him to the hospital, the boy cannot move and can’t even talk properly”