Women Ministers And Their Ministry In The Anglican Communion: How It Can Be Better By Temitayo Ayodeji Otoki 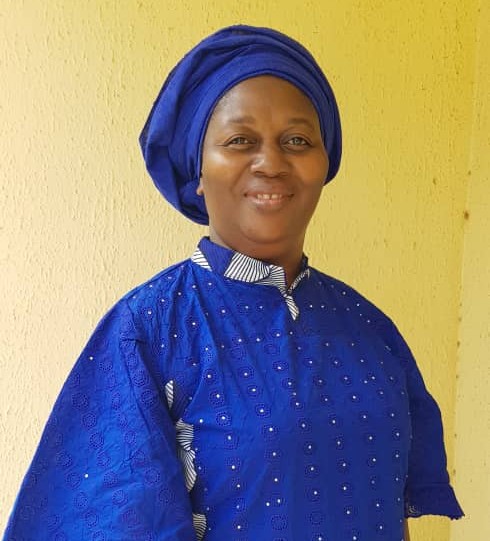 Women have played important roles since the creation of the earth and as the redemption of the earth unfolded. On the sixth day of creation, God made man in His own image and breathe the breath of life into his nostrils and man became a living soul. Inspite of the presence of animals and the beautiful Garden of Eden coupled with the instructions God gave the man to tender the garden; the man was still lonely and for the first time, the Lord saw that something is not good.

Therefore, for that thing to be good, God then introduced the ministry of the women by making the woman from the rib of the man depositing in her all she needed to fulfil God’s mandate and since that time, women have been in partnership with god for men to have successful ministry and fulfil the purpose of God for their lives.

“The thief does not come except to steal and to kill, and to destroy” John 10: 10a. The thief (serpent) then came in a subtle and cunny way to deceive the woman and brought about the fell of our fore – parent – Adam and Eve. Gen. 3: 1 – 6.

In all, sin came into the earth through the deception of the old serpent with insensitivity of the woman then; but glory be to God because redemption of the earth also came through the sensitivity, dignity and obedience of another woman. Luke 1: 26 – 38.

This may interest you! Our first mother was still a virgin as at the time of their fell because it was after they were driven out of Eden that Adam “knew” his wife. “Now Adam knew his wife, and she conceived —— Gen. 4: 1. What a great mystery as redemption of the world has to come through a virgin as well. Luke 1: 26, 27, 34. God could have found another way of bringing Jesus to this world for the redemptive work but He still chose woman as a channel of the redemption. From Genesis to Revelation, women have been great instrument in the hand of God to bring about His purpose at one time or the other.

Women like Deborah, Ruth, Daughters of Zelophehad, Miriam, Jochebed, Zipporah, Rahab, Dorcas, Mary Magdalene, Esther, Martha, Joanna the wife of Chuza, Susanna and many others have been great vessels in the hand of God and the ministry of our Lord Jesus Christ.  In the Bible time, women were Evangelists, like Priscilla; Prophetess, like Anna, and Deacons, like Phoebe.

Romans 8: 1 says “There is therefore now no condemnation to those who are in Christ Jesus, who do not walk according to the flesh, but according to the Spirit”. With this portion of the scripture, it means there should be no longer condemnation or limitation for women who are in Christ Jesus to take up works in the vineyard of God as they had enrolled into the Lord’s Army to bring about the purpose of God on earth.

No wonder women like Kathryn Kuhlman, Joyce Meyer, Barbara Parker, Paula White, Mary Sumner, Mary Slessor, Abigail Oluwole (to mention few), have also been great instruments in the hand of God at this our contemporary world then and now.

In the Anglican Communion especially in Nigeria and some part of the world, the wives of Priests are automatically in charge of Women and Girls Ministry; and that they had held in high esteem and had used to transform many lives and homes to the glory of God.

Other women that are not Priests wives had their place in the work of the Kingdom as Lay Readers, Children Ministry Teachers, Bible Study Teachers, Prayer Group members and Leaders, Home Cell Coordinators, Marriage Counselors etcetera. They also have privileges to be used as Guest Preachers when the need arises.

I believe there are much more the women can do than to be ordained as Priests because that will limit her to a place or environment as her husband and family will be considered before a post can be allocated. I also want to say categorically that it is not only preachers that are ministers. The work of the ministry is enormous, and each person handling an aspects of the ministry is also a minister.

Nevertheless, there are rooms for improvement. Beyond being a Lay Reader and being engaged in the works earlier mentioned, when the grace of God is seen upon a woman for a particular ministry manifestation, she should be allowed to use her God given endowment or impartation to benefit lives of others and to profit Heaven.

Jesus has conquered the world and gave us victory and freedom. Let not tradition cage women again. Let not obstacles be put before them that will not allow them to express the grace and hand of God over them and maximize their potentials. I believe if women are allowed more than they are now, there will be more great transformation in our Church and land.

At this juncture, let me admonish women that when opportunities are opened to them, they should not raise their heads in pride.