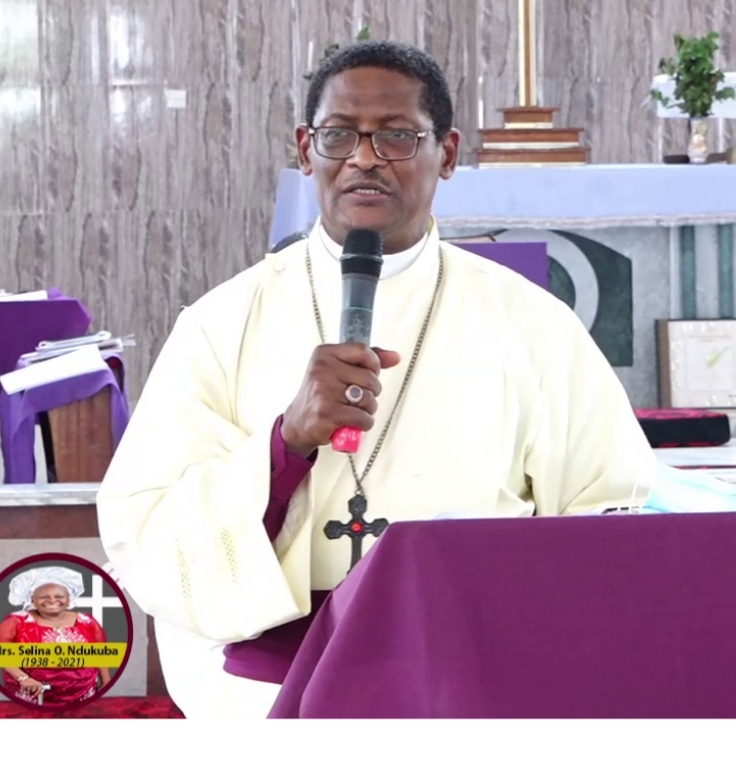 The mother of The Most Rev. Henry Ndukuba, the Primate of the Church of Nigeria (Anglican Communion), Mama Selina Ozioma Ndukuba was buried in the Primate’s home at Umuenwerem, Ogberuru in Orlu L.G.A. of Imo State on Friday, 28th May, 2021 after a burial service at St Peter’s Anglican Church Ogberuru. She lived for 82 years on earth.

Recounting her last day on earth and transition, Primate Ndukuba, recollected that, over the years, Mama had been approached by several dioceses and churches for recognition/investiture of one title or another, which she consistently turned down for more than seven times. But surprisingly, she accepted to receive the “Ageless Beauty Model” honour from St Andrew’s Basilica Enugu during the 2021 Mothering Sunday to be held on 14th March “if she would be alive at the time.” She participated in the pre-event activities and celebration of her group’s victory on Monday 8th March, only to pass on by 5am of the following morning. “March 9th 2021 will remain a day we will always remember in our family, because in the early hours just around the time Mama would always wake us up with her Hymn singing that same time she peacefully transited to be with the LORD Whom she loved and served,” the Primate stated.

During the Service of Songs preceding the burial, Ndukuba, who was the eldest son, attested to the virtue of his dear mother, saying that she knew God, feared God and strongly believed in prayer. He said she was such a disciplinarian that she would not only get them to work hard and do all sorts of domestic and even menial works, she would also neither spare them when they did wrong nor defend them from their father when he would deal with them. She taught them not to be afraid of standing for truth even if it meant standing alone. When he became a bishop, she specifically told him, “Henry, never let this staff fall out of your hand”. “She raised us up in the fear of God”, Ndukuba concluded.

The Anglican head summarised his tributes and testimonies on her mother in the Brochure for her burial, thus: “I learnt the very vital life principles from you and Papa. Both of you were teachers and disciplinarians per excellence, in the room, in kitchen, in the farm, in Church and in school. You taught us “the dignity of labour” and that we are not too big to do anything. You taught me that there is no house chore or duty that a boy cannot do. You taught me to cook, sweep, sew my torn dress, weed the farm, fetch fodder for goats and fetch firewood.
You taught me that it is evil to cheat and be proud but never allow anybody put you down. We still remember your story of tortoise who was boastful and proud, but when it was taken to market with a small chicken, the price for the chicken was triple the price of the tortoise, and it was like: “Tortoise, see your worth”. Mama you were there for us, especially at the cross-roads of life. You prayed and encouraged us and stood by us to go for our bests. You challenged us when we were wrong and often publicly. You were a great and effective mentor and friend…”
There were myriads of other testimonies and tributes for mama as well as condolences to the Primate and family, including from the Trinity Foundation (Ibru Centre, Agbarha-otor), which, in part, reads: “We share in your loss, but thank God for the life that mama lived and what He used her to achieve here on earth, particularly in bringing Your Grace to this earth and raising you to serve God and mankind and becoming a special blessing to our contemporary church and society.”
The burial service was presided over by the Dean of the Church of Nigeria, the Most Rev. Dr Ali Buba Lamido, assisted by the archbishops and bishops of the Church of Nigeria. Other officials of the Church and the state, including the Governor of Imo State and entourage were also present at the service.