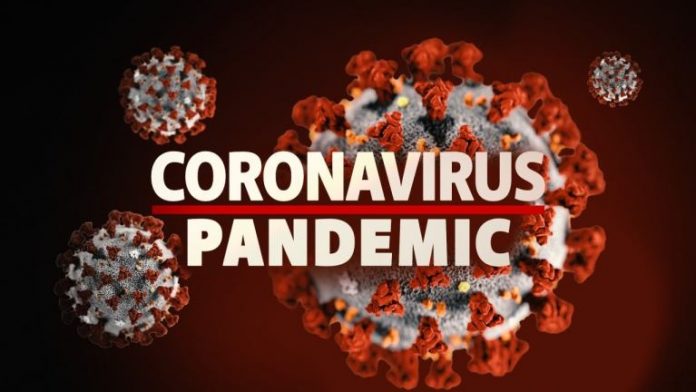 The predictions were sombre and the statistics scary. A calamity of immense proportion would hit the continent, leaving it worse off than other regions of the world. But months since COVID-19 struck, Africa with its notorious poor health infrastructure has recorded the least deaths.

The United Nations Economic Commission for Africa (UNECA) had in April predicted: “Anywhere between 300,000 and 3.3 million African people could lose their lives as a direct result of COVID-19.”

The World Health Organisation (WHO) warned African countries to “prepare for the worst”, while Melinda Gates, co-chair of the Bill & Melinda Gates Foundation, in a CNN interview, said: “It’s going to be horrible in the developing world. And part of the reason you’re seeing that case numbers don’t look very bad is because they don’t have access to very many tests…Look at Ecuador. Look at what’s going on in Ecuador. They’re putting bodies out on the street. You’re going to see that in countries in Africa.”

While the argument that low testing indicates many African countries are yet to encounter the monster, the absence of mass deaths or hospitalisation seem to suggest something is ticking favourably for the continent.

A consultant pharmacognocist and President, Bioresources Development Group, Prof. Maurice Iwu, agreed that Africans might have some form of protection from the coronavirus.

“An issue is high humidity in most African countries, not just hot temperatures. Because of the density of the virus in tropical Africa, it cannot travel far. That means the recommendation of two metres of social distancing does not apply here because the virus cannot go far.”

Iwu also raised the diet factor. “Our food has more antioxidants. We take a lot of phytomedicines. A lot of our diets contain zinc, vitamin C and other antioxidants. People take all these on a daily basis without even thinking about it,” he said.

There’s also the social exclusion of Sub-Saharan Africa. He explained: “We are excluded from so many socio-economic activities going on in the West. The number of people who travel from just Milan to New York on a daily basis far outnumbers the air travels in most parts of Africa. So, the socio-economic exclusion from the global picture has protected us from the quick spread of the virus through frequent business travels and inter-continental movements.”

Iwu further cited the issue of seasonal flu vaccines common in most European and American countries. “Most of these countries use flu vaccine. Once you take the flu vaccine and a new strain comes in, it will cause all the defence mechanisms to relax. This scenario makes most countries that use the flu vaccine more vulnerable to COVID-19,” he said.

The study was published in the journal SSRN. The researchers explained: “The paper investigated the influence of air temperature and relative humidity on the transmission of COVID-19. After estimating the serial interval of COVID-19 from 105 hand-collected pairs of the virus carrier and the infected, we calculate the daily effective reproductive number, R, for each of all 100 Chinese cities with more than 40 cases. Using the daily R-values from January 21 to 23, 2020 as proxies of non-intervened transmission intensity, we find, under a linear regression framework, high temperature and high humidity significantly reduce the transmission of COVID-19, respectively. One-degree Celsius increase in temperature and one per cent increase in relative humidity lower R by 0.0225 and 0.0158, respectively.

Also, The Guardian’s investigation revealed that most countries in malaria endemic regions/Sub-Saharan African nations have lower cases and deaths from COVID-19.

According the WHO Malaria Map and COVID-19 Map, most countries in Sub-Saharan Africa are endemic to malaria and are equally least affected by the coronavirus.

In 2018, six countries accounted for more than half of all malaria cases worldwide: Nigeria (25 per cent), the Democratic Republic of the Congo (12 per cent), Uganda (five per cent), and Côte d’Ivoire, Mozambique and Niger (four per cent each).

The WHO Malaria Map shows that more than 90 per cent of countries worst hit by COVID-19 are not endemic to malaria including France, United States, United Kingdom, Canada, Spain, Italy, and Iran among others.

A leader of the team of medical experts managing some of the COVID-19 isolation centres in Lagos, Prof. Akin Osibogun, told The Guardian yesterday that although he could not confirm the malaria-COVID-19 map claim, it was logical and worth investigating.

“No study has looked at that. Although it sounds logical but there is no scientific backing. What I think might explain why more black people in the United States and United Kingdom are dying from COVID-19 is because of the social inequalities that exist between whites and blacks in those societies. Whites are more likely to have health insurance and more likely to get urgent attention for ambulance service. Also, the blacks are more likely to lead bad lifestyles and take drugs. Another argument is that the BCG vaccination, which most Africans had may be offering some protection.”

Meanwhile, “predictions of mass deaths in Africa are problematic for reasons beyond inaccuracy,” write Caleb Okereke and Kesley Nielson in ‘The Problem with Predicting Coronavirus Apocalypse in Africa’.

“They (the West) assume that nothing that African countries do can mitigate the spread of the disease and prevent high death tolls. They presuppose that Africans will be just passive victims of yet another viral outbreak.

“This might, in fact, be the basis on which a lot of the continent’s proactive response is founded. Just as someone who is diabetic knows to avoid sugar, African governments understand that their most effective strategy in the battle against COVID-19 is prevention and applying lessons learned from previous and/or ongoing outbreaks.”

The duo added: “Why do we not see the same broad strokes applied to continents like Europe and North America? Western countries are able to recognise nuance and complexities within themselves, acknowledging that no two countries are exactly alike. If outcomes of this epidemic in Europe and North America vary greatly from country to country, why is it not possible to assume that the same would be the case in Africa?

“The view that all Africans think the same way and that all African countries will suffer the same fate is deeply rooted in colonial ideology, which dismisses an entire continent as inherently backward and dysfunctional.”