Despite ‘N110bn free power’ move, No template to reach poor Nigerians with electricity 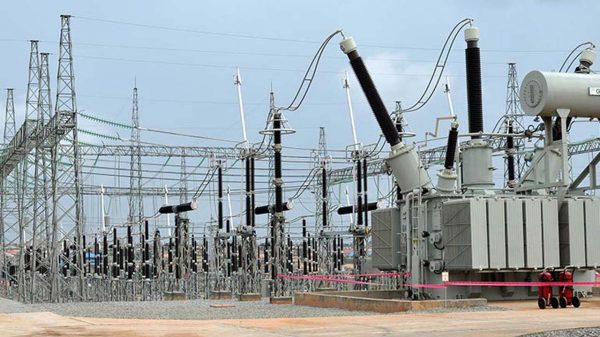 As the plan on providing free electricity to Nigerians for two months intensifies, there are concerns that the targeted vulnerable poor will not benefit from the initiative. Sources said there is an ongoing plan between the legislature and the executive arm of government to source for over N110 billion to pay for two months electricity for Nigerians with special focus on the poor who are most hit by the coronavirus.

But experts in the power sector, some legislators and experts described the move as “a misplaced priority” and advised those pushing for the project to channel the money to other areas that would have direct impact on Nigerians. Two weeks ago, precisely on 8 April, the Association of Nigerian Electricity Distributors (ANED) announced that it was in touch with the House of Representatives and the federal government to give two months free electricity to consumers as a palliative to cushion the effect of COVID-19 pandemic in Nigeria. However, the next day, ANED clarified that the free electricity was not the DisCos’s initiative and that the distribution companies would only honour the arrangement when they get paid for electricity bill covering the proposed two months.

Last Thursday, the Speaker of the House of Representatives, Honourable Femi Gbajabiamila held a meeting with the Minister of Power, Engr. Sale Mamman; Chairman of the Nigerian Electricity Regulatory Commission (NERC), Prof. James Momoh and other stakeholders. ADVERTISEMENT In a video of the meeting’s proceeding, Gbajabiamila said the Nigerian masses do not care about anything else but the basic necessities of life especially after government(s) had asked people to stay at home for several days or weeks. “We need to help the poorest of the poorest at this time in Nigeria. I have repeated that we are not doing them a favour; giving people light is not doing them a favour. It is very important that we focus on that and we are doing this for the Nigerian people. “Let’s forget whether it’s between GenCos and DisCos and whoever it is, and lets just deliver on what we are going to deliver,” the Speaker said. The Power Minister, Engr. Mamman at the meeting said, “We will give all the support as well as technical advice toward the realisation of this objective. We are ready whenever our input is needed.” On his Twitter handle, the minister further said, “We had a very constructive meeting and a joint panel has been constituted to look into it. We are very much concerned with how it can be implemented to benefit the poorest most vulnerable Nigerians.” The DisCos on their part assured that they can deliver the mandate once all the details were worked out and agreed on. The committee has a term of reference of identifying the people eligible to benefit from the electricity palliative, and the registered electricity consumers. They will also advise the House leadership on means to attain regular supply after the pandemic period. It’s better to channel the money elsewhere A federal legislator who spoke in confidence condemned the whole idea about giving free electricity to Nigerians saying more than 70 per cent of the actual poor Nigerians do not have access to the national grid. “It is actually a misnomer because how many people will be affected by the intervention? The real poor man is looking for food, water and medicine. “Of course Nigeria can cough out the over N100 billion but it will only end up in the pockets of the GenCos without any benefit for the masses. I don’t know why some people are pushing for this. “I am a representative and I know what my people want. Why not select one hospital in each of the 774 LGAs and buy drugs for them with the money? Or why not buy grains and give the people to cushion their hardship at this trying moment? Honestly, it is laughable for some of our colleagues to start thinking of giving free electricity that is not there in the first place,” he said. Akan, a power sector consultant said according to records, the vulnerable Nigerians do not have access to electricity. “How would you give free electricity to people in the rural areas who are not connected to the power grid? They should use that money if it is there to connect more communities to the national grid,” he stated. Zainab Hashimu, a public sector analyst said, “I wonder if there are no other better options to spend the palliatives fund on than free electricity. If the intention is really to impact on lives, there are farmers who can’t sell produce because of the transport and market restrictions during lockdown, buy those produce from them and give to the needy as palliatives. “You would have empowered two groups of the vulnerable while the pandemic lasts,” she said. No infrastructure to actualise the gesture While the initiative for the free electricity for Nigerians may be described as a relief, the absence of robust electricity infrastructure especially across rural areas in Nigeria where the poor masses are domiciled may mar the anticipated relief that will come with the two months free electricity. The Rural Electrification Agency (REA) is meant to connect many rural areas with electricity. However, in the last four years, it shifted attention mainly to off grid electricity. This means many targeted communities have not been connected to the national power grid and are not under the DisCos in the core power sector. Daily Trust had reported in November 2019 that residents in various rural communities raised concerns over the non-connection and the lack of maintenance for rural electricity projects worth N1 billion in some states. There are cases of northern Borno that is completely off the national grid, cases in Benue, Ondo, and riverine communities in the South-south states.

No power consumer fund after 7 years The absence of the Power Consumer Assistance Fund (PCAF) seven years after the process was initiated by NERC has also left a big vacuum that would have made the initiative being fronted by the Speaker of the House of Representatives workable. Gbajabiamila was informed at the recent meeting on the free electricity by NERC officials that the fund was not yet in existence. He immediately showed his displeasure saying, “If that had been set up, perhaps we would have had the fund with which to assist this proposal. I think we should look into setting up this fund because we don’t know when next this kind of issue may come up.” Section 83 of the Electric Power Sector Reform Act (EPSRA) 2005, which was followed to privatise the power sector, created newer agencies, including Nigeria Electricity Regulatory Agency (NERC). It also mandated the establishment of the consumer fund to be managed by NERC.

Our reporter found that NERC had called for consultancy firms to work with it on modalities for establishing the fund in 2012. The consultancy work was to begin in September and concluded by December 2012 for the implementation of the fund. The parties were to use the Multi Year Tariff Order (MYTO) 2012-2016 to identify the underprivileged, indigent and poor customers who should be termed as ‘Eligible Consumers’, and ‘Designated Consumers’ to benefit from the Fund in line with provisions of the EPSRA 2005. NERC was to design a rate on contributions to the fund from the GenCos, DisCos and the Transmission Company of Nigeria (TCN) – determine the contribution rates by the successor companies. Other contributors include the Eligible Customers (larger power consumers), the federal government (in form of budget subsidy), and others. “But the fund which would have conveniently solve the free power thing is not there. I can assure that we cannot achieve what we want to do on an ad hoc basis because it will not work,” another legislator said. Free electricity a hoax, impact bleak – Experts Key players in the Nigerian Electricity Supply Industry (NESI) in their reactions to the free electricity proposal described it as a hoax having no possible impact on the economy or the improvement of the lives of Nigerians. The Managing Director of the Transmission Company of Nigeria (TCN), Mr.

Usman Gur Mohammed, in an interview dismissed the claims saying the federal government cannot make power free because it does not own the generated energy. Apart from the TCN that is a public utility and the transporter of electricity, which government owns, the generation and distribution sections are in private hands. Mohammed said there are huge revenue gaps in the electricity market and government’s intervention has not solved any of them. “The federal government is providing subsidy that is not coming enough as at when due as we still have huge unpaid bills,” Mohammed said. The Head of PowerUp Nigeria, a power sector advocacy group, Adetayo Adegbemle who is privy to the recent meeting on the issue dismissed the initiative saying, “It was a spur of the moment thing” as the lockdown effect became glaring. According to him, “Nigerians will appreciate the government doing something for them but how much benefit will it accrue to consumers at the end of the day? “If it were then, when the federal government had NEPA, it would have been possible but now with other stakeholders, I don’t see the workability of that. That is my opinion,” he noted.

President of the Nigeria Consumers Protection Network, Kunle Olubiyo, dismissed any impact of such action saying telecommunications is also an essential service. Olubiyo insisted that there was no harmony between the House of Representatives and the Senate on the issue. “Except government will give advance payment guarantee like irrevocable Letter of Credit or bank guarantee of which nothing like that exists. So it is just cheap political populism. “It is even difficult to implement across boards, to even identify the vulnerable and isolate them for the free power supply.” Free power to cost N110bn bills If the plan comes to fruition, the federal government would get a bill of about N110 billion from the DisCos for electricity supplied to estimated N10 million registered consumers. It may however decide to pay only N17.3bn for Residential 1 (R1) customers who are the poor captured in the current electricity bill template.

As of January 2020, records obtained from the Nigerian Bulk Electricity Trading (NBET) showed the 11 DisCos got a monthly bill of N52.2bn from which they were only able to pay N14.9bn. Adopting this template, the federal government would need to provide about N110bn as subsidy or palliative to give registered electricity customers free electricity for two months. A source privy to the joint committee on free electricity said if the initiative was going to work, the DisCos would have to submit their invoices of the poor masses they had supplied in the two months, especially the number of R1 customers under their MYTO billing template.