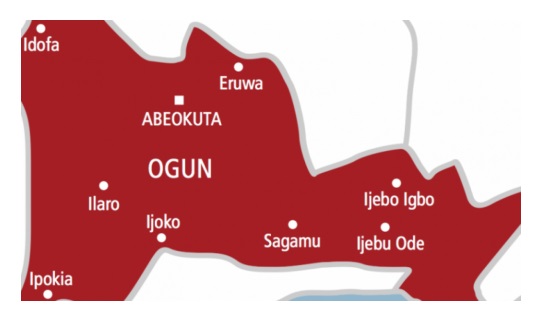 This is despite assurance from the Ogun State Governor, Dapo Abiodun, that security operatives had been deployed to the troubled Yewa border communities, including Imeko, after two weeks of herdsmen’s unrest where the governor noted that the deployment would ensure there was no violence again.

This is despite assurance from the Ogun State Governor, Dapo Abiodun, that security operatives had been deployed to the troubled Yewa border communities, including Imeko, after two weeks of herdsmen’s unrest where the governor noted that the deployment would ensure there was no violence again.

SaharaReporters learnt that Olowoniyi was slaughtered while asleep on his farm settlement at Oha village, Imeko, during the attack which occurred around 1:30am on Sunday.

“The Fulani herdsmen invaded the community on three motorbikes. They were nine in number – three on each bike. When they entered the village, they started shooting into the air. The deceased farmer, who was asleep outside his hut, was captured and slaughtered,” a top source said.

“One of our brothers here in Imeko was killed in the early hours of Sunday by Fulani herdsmen. They stormed the village during the midnight with guns and cutlasses. They were shooting sporadically, destroying the farms and all. After killing Olowoniyi in Oha village, they left for Iwoye Ketu. Where are we going in the South-West?” another eyewitness lamented.

Olowoniyi, whose age he said should be around 50, left behind a wife and three children.

It was gathered that the corpse of the deceased has been taken to the Federal Medical Centre, Idi-Aba, Abeokuta, for an autopsy.
The Police Public Relations Officer in the state, DSP Abimbola Oyeyemi, confirmed the incident, adding that there was no evidence that the man was killed by Fulani herdsmen.
“The place is a farm settlement, there is only one building there, where the man lived with his wife. We were told that he complained of heat and went outside to sleep, but in the morning, he was found dead.
“Nobody can point at his killers, we cannot confirm yet whether the killers are Fulani herdsmen or not. We are still investigating.”

The Ogun PPRO had in a release on Friday stated that the police would not condone further assaults on herdsmen.

“Therefore, it is unlawful, indeed unconstitutional, to deny fellow Nigerians the right to live in any part of the country and pursue their legitimate businesses, including cattle rearing. However, it is also advisable that herdsmen should avoid destructions of farmlands, which have been identified as the reason behind their unending disharmony and clashes with farmers and host communities.

“The command also calls on both farmers and herdsmen, indeed the entire Yoruba and Fulani communities in Yewa and across the state, to fish out criminals especially herdsmen visiting from other states and neighbouring countries,” the police spokesman had said.