Veteran Musician, Charly Boy, Speaks On His 9 Children, 16 Grandchildren As He Clocks 70 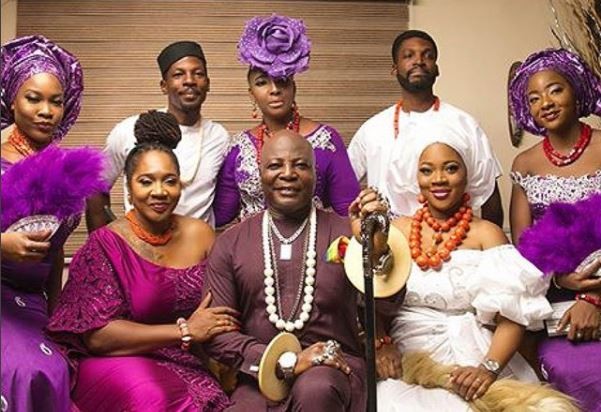 Veteran musician, songwriter and showbiz maestro, Charles Oputa (Charly Boy), who is also popularly called Area Fada, on Friday, clocked 70 years on earth and also gave an insight on his nine children, 16 grandchildren and how he made the breakthrough in life.

Charly Boy, who is the son of late renowned jurist, Justice Chukwudifu Oputa, spoke with the News Agency of Nigeria (NAN) about his journey in life and how he made a breakthrough in his music career.

“Count your blessings. Once you realise how valuable you are and how much you have to go for you, the smiles will return, the sun will break out, the music will play, and you will finally be able to move forward the life that God intended for you with grace, strength, courage, and confidence

“Blessed is he who has learned to admire but not envy, to follow but not imitate, to praise but not flatter, and to lead but not manipulate,” he also said on his Twitter handle.

The Area Fada, who has nine children and 16 grandchildren, said that the strong support and understanding he enjoyed from his family over the years was the strength he needed to stay focused.

“My wife and I designed a brand that will remain youthful, a brand that is meant to shock conventional Nigerians out of their ways of thinking.

“The brand started way back in 1983 and since then it has been tenacious, consistent and audacious in challenging what is wrong in our society.

“At the beginning, my children were getting a little bit confused because the father they know in the house is different from the father people are talking about outside.

“My children are my friends and we always talk and I was able to explain to them.

“But with time, they were able to come to terms with the brand Charly Boy and their father Mr Charles Oputa,” he said.

Speaking on his breakthrough on Instagram, he said: “My break came somewhere around 1982 when as the then Chief Justice of Imo, my late father who was strongly opposed to my career choice as a musician, was appointed a Supreme Court Justice and he had to move to Lagos.

“I left Owerri and went back to my village, Oguta, where I started the Charly Boy brand right there in the village.

“This is three years after completing the compulsory National Youths Service Corps programme in 1979.”

Charly Boy also spoke of how his ‘Charly Boy personality’ had been able to remain consistent and relevant for decades amidst huge misconception by fans and industry watchers.