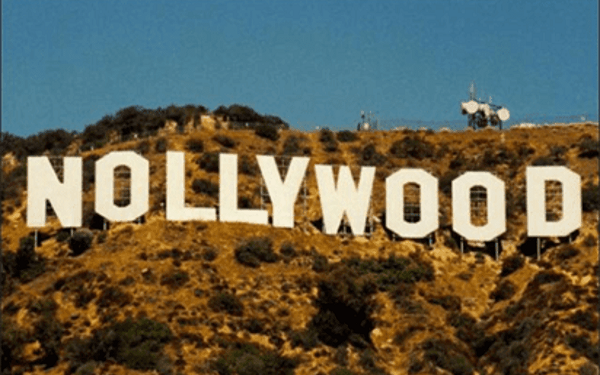 Merry Men 2, Living in Bodage: Breaking Free and The Ghost and The House of Truth have been selected as the three best Nollywood films to be showcased in Hollywood, California at the Third edition of Nollywood In Hollywood.

The event, which holds on March 27 and 28, would start with an opening night premiere at the historic Egyptian Theater in Hollywood. The prestigious theatre which has been instrumental in introducing Nollywood films to the Hollywood industry in the first two editions of the event ,hosts an annual showcase of the best five foreign films in the world. It was chosen to show the special black and white version of PARASITE in the run-up to its historical feat at the Academy Awards.

“We’re delighted to continue this event, which is fast becoming a staple of the Hollywood calendar. Thanks to our airline partner, KLM/Air France for making this possible. Their belief in Nigeria and Nollywood has seen them fly the selected filmmakers and actors to Hollywood where they have been exposed to the industry. We believe Nollywood In Hollywood is making a huge difference in Nollywood and positively impacts how the world perceives the Nigerian nation,” says Maceo Willis, director of operations for Nollywood in Hollywood.

The event continues on Saturday, March 28, at the famous Norris Theatre on the campus of the University of Southern California. The theatre has hosted films by the most notable filmmakers in global history, many of them alumni, from Steven Spielberg to Ryan Coogler.

“In only its third edition, Nollywood In Hollywood is arguably Nigeria’s biggest cultural showcase outside Africa. It has been covered by the world’s leading media institutions and, for one night, shuts down the historic Hollywood boulevard with a display of Nigerian culture and talents.

The annual showcase is the initiative of two of Hollywood’s powerhouses to introduce and promote Nigerian talent, films and culture to Hollywood, the global center of entertainment. The event is presented by the American Cinematheque, operators of the historic Egyptian Theatre and the world’s premier film institution, the school of cinematic arts at the University of Southern California, Los Angeles and O2A Media, Inc, a media company based in Los Angeles.

with Hollywood,” says Akin Omotosho, the director of The Ghost and House of Truth

whose films have played and won awards at major film festivals all over the world.