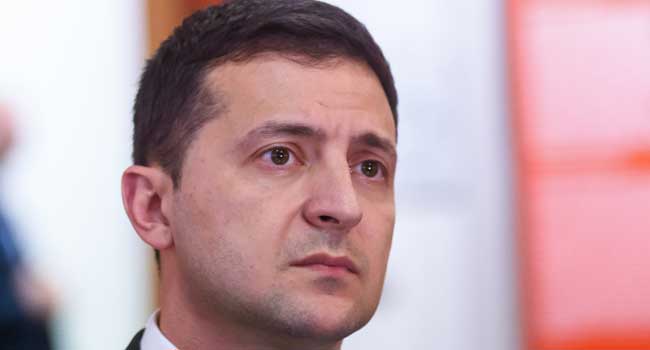 Ukrainian President Volodymyr Zelensky has promised a $1 million reward to the country’s scientists if they manage to develop a coronavirus vaccine, his spokeswoman said Monday.

The ex-Soviet country with a population of around 42 million has confirmed 3,102 cases of COVID-19 and 93 people have died.

The president “believes a million dollars is a good incentive,” his spokeswoman Yuliya Mendel said in a statement sent to AFP, with the aim being to develop a vaccine that would “save hundreds of thousands of lives.”

She added that Zelensky’s request to develop a vaccine against COVID-19 was sent to Ukraine’s Academy of Sciences last month.

On Monday the World Health Organization highlighted the importance of developing a COVID-19 vaccine, saying it was needed to fully halt transmission of the disease which has led to over 100,000 deaths worldwide since it was first identified in China late last year.

The Ukraine president’s spokeswoman did not make clear how the million-dollar reward would be financed in a country whose economy has been drained by a long-running conflict with Russian-backed separatists and is reliant on international aid.

“So far we are not talking about a specific source for the money,” she said.

Ukraine acted swiftly to close schools, universities and public spaces to stem the spread of the virus. It has also shut down metro systems in three cities.