Oil Prices Rise But Stay Below $30 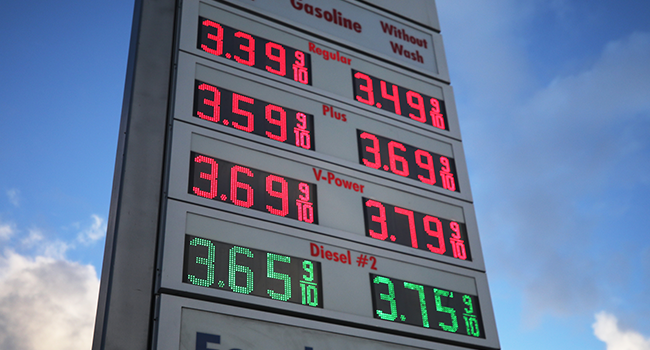 Oil rose further Friday after a dramatic rebound from multi-year lows but stayed below $30 a barrel on fears the deadly coronavirus will push the world into recession with an oversupply.

US benchmark West Texas Intermediate (WTI) was up 3.65 percent to $26.14 a barrel in midday Asian trade.

On Thursday, WTI rebounded by more than 23 percent following US government moves to help American crude producers weather a slump in demand caused by the coronavirus pandemic, recovering almost as spectacularly as it had plunged in recent days.

Crude slumped to 18-year lows Wednesday, with travel restrictions and other measures aimed at combating the virus hitting demand and major producers Saudi Arabia and Russia locked in a price war by ramping up production.

“The oil rebound also extended higher after (US) President (Donald) Trump stated he would get involved in the oil price war at the appropriate time,” Moya said in a note.

“The Trump administration is now showing signs they will try to defend the shale industry and stabilise oil prices.”

The US Department of Energy said Thursday it will carry out Trump’s directive to top up the Strategic Petroleum Reserve to its maximum capacity.

The department said in a statement on its website it will buy a total of 77 million barrels from American producers, kicking off with an initial purchase of 30 million barrels.

Oil markets have been hammered by collapsing demand as the virus prompts sweeping travel restrictions and business closures, and as major producers Saudi Arabia and Russia engage in a price war.

The US energy department “is moving quickly to support US oil producers facing potentially catastrophic losses from the impacts of COVID-19 and the intentional disruption to world oil markets by foreign actors,” said US Energy Secretary Dan Brouillette.