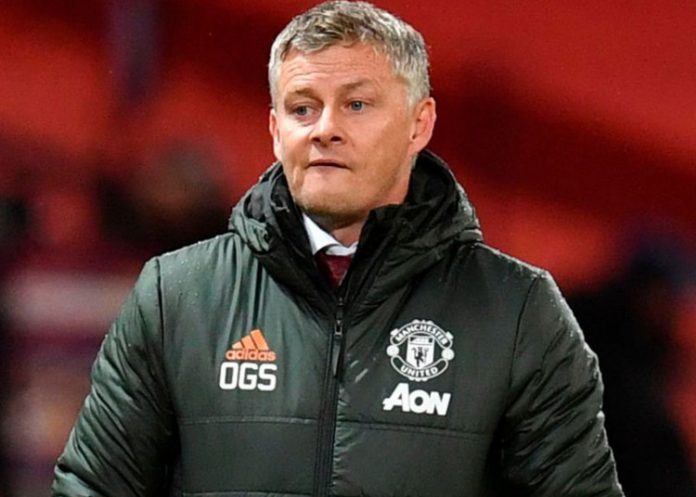 Ole Gunnar Solskjaer says his Manchester United side are out to correct last season’s Europa League mistakes after they took a huge stride towards the last 16 by thrashing Real Sociedad 4-0 in Turin.

United, among the favourites for the competition after dropping down from the Champions League, were beaten by Sevilla in one of three cup semi-final defeats they endured last season.

Bruno Fernandes was once again in inspirational form, scoring twice as Solskjaer’s side dominated a poor Sociedad.

“We got nothing out of getting to the semi-final last year,” Solskjaer said.

“Sometimes you can say it isn’t worth it but the experience has helped this team. We have to learn on the job.

“The only way to learn from your mistakes is to correct them. The semi-final defeat last season is in the back of our heads and hurts. We felt we should have gone all the way.”

Fernandes took advantage of hesitant defending to open the scoring in Turin and then stroked in from the edge of the area for a second – which was awarded by VAR after he was initially flagged offside.

Marcus Rashford and Daniel James – who both missed several chances – then scored on the counter to leave next week’s return leg looking a formality.

“We’ve been through a difficult spell and I thought we found ourselves a little bit tonight,” Solskjaer said.

“I thought the boys had got that little bit of zip in their legs again.”

Sociedad were top of La Liga when the draw was made but were abject throughout a game played in Italy because of Covid-19 restrictions.

They failed to test United goalkeeper Dean Henderson seriously and were constantly caught out on the break by the pace of Solskjaer’s frontline.

Even Manchester City hero David Silva – who joined Sociedad last August – was kept quiet on an off night.

The match was played at the home of Juventus as Spain has placed restrictions on travellers from the UK.

That decision could not have helped La Real who, apart from in a manic opening few minutes, were second best all night.

But Solskjaer’s side soon took a grip and Rashford could have already scored twice before he played a part in the opener.

His pass over the top played Fernandes in and when defenders Igor Zubeldia and Robin le Normand collided with goalkeeper Alex Remiro, the Portuguese midfielder had a tap-in.

Fernandes’ second was a sublime finish from the edge of the area, digging the ball out from under his feet after a touch on from James. The flag was raised but after a lengthy check, the goal was awarded.

Since his debut 12 months ago, Fernandes has scored 33 times in all competitions, with only four players within the top five European leagues finding the net more often.

By now, United were totally in control and Fred freed Rashford to drill in low from the left-hand side of the area.

James saw another ruled out for offside and was denied by a good save as a naive Sociedad defence were cut open time and time again.

And the former Swansea man did get his goal in added time, firing through the legs of Remiro to give Solskjaer’s side a deserved cushion to take into next week’s home leg.