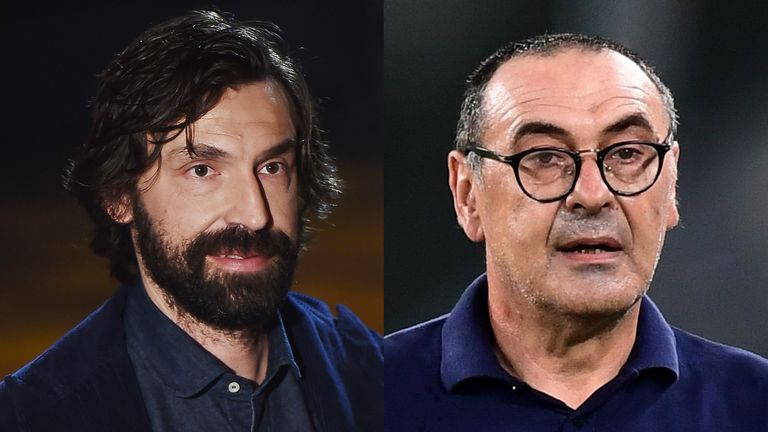 Andrea Pirlo is set to replace Maurizio Sarri as Juventus head coach, according to Sky in Italy.

Former Chelsea and Napoli boss Sarri took charge of Juventus in June last year, signing a three-year contract, and led the side to a ninth consecutive Serie A title last month.

Despite winning the league, Sarri has been under pressure as Juventus managed their lowest points total of the last nine title-winning seasons, finishing just one point above Inter Milan.

Speaking after Friday’s game against Lyon, Juve president Andrea Agnelli told Sky in Italy: “This season’s balance is bittersweet, we had a great result winning the ninth championship, but the performance in the Champions League has been disappointing for everyone.

“The Champions League is not a dream, it’s an objective. We need to be disappointed to exit the competition like this, we will take a few days to evaluate how to restart with fresh enthusiasm.