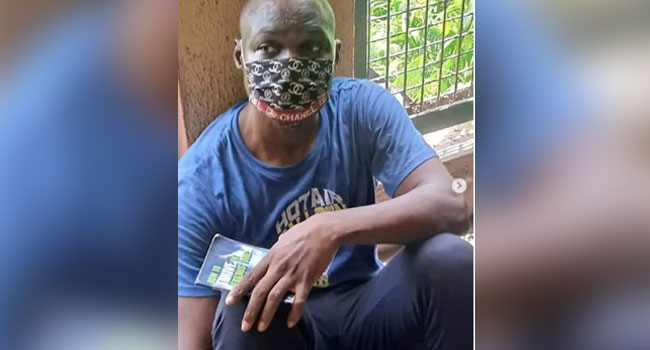 Ajayi-Kayode is the Executive Director of the Cece Yara Foundation, a non-governmental organisation founded to prevent child sexual abuse and provide emergency intervention for children.

The witness who told the court that she is a certified child forensic interview specialist said she led the forensic team that interviewed the alleged victim of Baba Ijesha’s consecutive sexual assaults.

Led in evidence by the Lagos State Director of Public Prosecution (DPP), Mrs Olayinka Adeyemi, the expert testified that the alleged victim (names withheld) was bold, relaxed, cooperative and could recall events when she was being interviewed.

“The clinical presentation of child sexual abuse was quite evident. The perpetrator engaged the child in sexual activity when she was seven years old on two occasions, she said.

“On the 19th of April 2021, he sexually harassed her, touching her body. He told her: ‘I touched you some years back, you are so grown, so developed. Do you have a boyfriend? We have some unfinished business.

“These are the clinical presentations of child sexual abuse.

“These are the dynamics of child sexual abuse and the modus operandi of perpetrators – inculcation of secrecy, intimidation, threat or coercion,” she said.

The expert also said that child sexual abuse involved only the victim and the perpetrator, adding that because of his or her vulnerability, a child might not be able to comprehend the magnitude of the offence.

“My conclusion is that she narrated the whole truth, she was tenacious, she was bold and relaxed,” the expert said.

Ajayi-Kayode said that after the interview, she drafted a forensic interview report which was tendered in evidence along with a flash drive containing the digital recording of the interview session (which is to be viewed at the next court hearing)

The court admitted both documents as exhibits and fixed Oct 20 for the cross-examination of the witness.

Before her testimony, Justice Oluwatoyin Taiwo overruled the request for adjournment made by a member of the defence team representing Baba Ijesha.

The defence sought the adjournment owing to the absence of two senior advocates – Babatunde Ogala and Dada Awosika, who appeared for the Nollywood actor at previous proceedings.

Both lawyers had written to the court, asking for an adjournment on account of being indisposed and out of the country.

But the DPP who represented the state opposed the application for adjournment.

She submitted that the date of this sitting had been communicated to all counsel since August 19 and there was no basis for an adjournment.

Justice Taiwo agreed with her and ruled that the case must continue. She ordered the state to call its third prosecution witness.

On the 24th of June, Baba Ijesha was arraigned before the court on a 6-count charge of attempted sexual assault, sexual assault of a minor and indecent treatment of a child.

According to the charge, the defendant committed the offence in 2013, 2014 and on April 19 at Iwaya, Yaba area of Lagos.

“Sometime between 2013 and 2014, the defendant sexually abused the complainant (name withheld), then aged seven, by inserting his car keys into her vagina, the charge sheet read.

“He also placed her on his laps, touched her in a sexual manner and rubbed his penis on her body.

“On April 19, he indecently treated and sexually assaulted the complainant, now 14, by sucking her fingers and touching her in a sexual manner.

“He also attempted to have sexual intercourse with the complainant by unbuckling his belt and unzipping his trousers after sexually assaulting her,” the DPP told the court.

Baba Ijesha pleaded not guilty to the 6-count charge and was granted bail in the sum of N2m with two sureties.

At the last sitting of the court on August 11th, Justice Oluwatoyin Taiwo had admitted in evidence of two videotapes tendered by the prosecution through comedian, Adekola Adekanye also known as Princess. The tapes allegedly contained clips of the defendant molesting the victim.

The 14-year-old victim (name withheld), had also given her testimony behind closed doors because of the law protecting minors from undue public exposure.