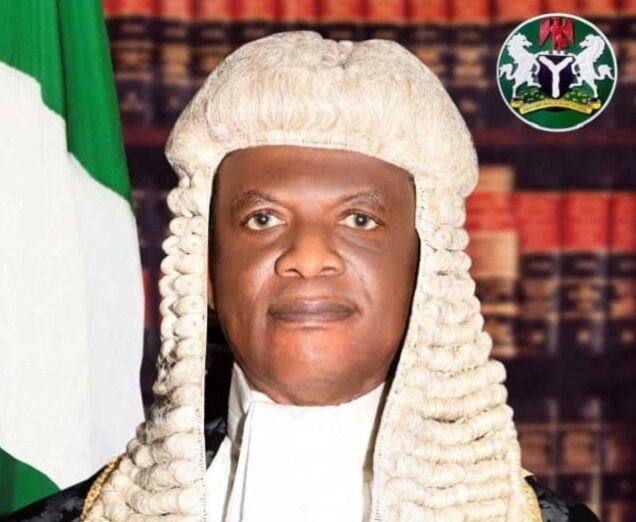 Share
Facebook Twitter LinkedIn Pinterest Email WhatsApp
Justice Samuel Chukwudumebi Oseji of the Supreme Court is dead.
Festus Akande, Director of Information of the Supreme Court, announced this in a statement, on Tuesday. Akande confirmed that the jurist died at the National Hospital, Abuja, where he had been receiving treatment for some days, in the early hours of Tuesday, September 28, 2021.
The apex court statement explains that “Justice Oseji who hails from Idumuje Unor in Aniocha North Local Government of Delta State, was born in Jos, Plateau State on 2nd June 1954 to the family of Mr. and Mrs. Ebenezer Oseji.
“He attended Nigerian People’s High School, Lagos between 1977 and 1979, and later proceeded to St. Patrick’s College,  Asaba, Delta State where he completed his Secondary School education in 1980. He was admitted into the prestigious University of Nigeria,  Nsukka in 1980 and had his LLB Degree in 1984; and was subsequently called to the Nigerian Bar in 1985.
“Justice Oseji had a brief working stint with the Legal Aid Council before his appointment as Senior Magistrate Grade 1 in the the Delta State Judiciary in January 1994. He was appointed High Court Judge in Delta state on 9th November,  1998; and was later elevated to the Court of Appeal Bench on 16th July, 2010. He became Supreme Court Justice on Friday 6th November,  2020.”
Share. Facebook Twitter Pinterest LinkedIn Tumblr Email WhatsApp