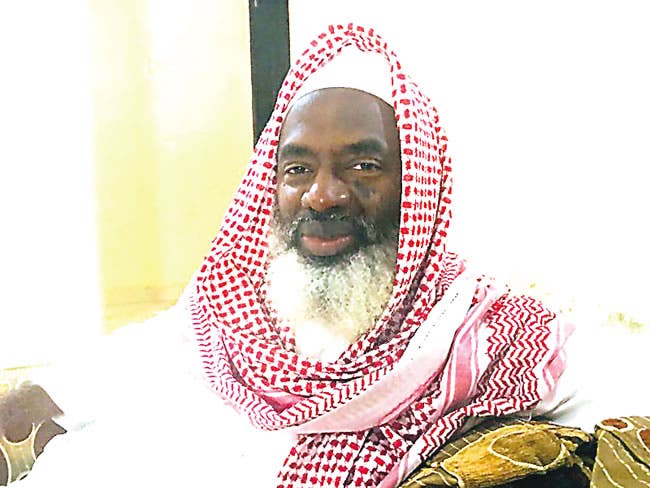 The Islamic cleric and self-acclaimed banditry negotiator, Ahmad Gumi on Wednesday, accused security agents of colluding with bandits who are veraciously terrorizing the northern part of the country.

The cleric, who is known to have access to bandits, made the allegation in a chat with Arise TV on Wednesday.

Against this background, the cleric called for immediate overhaul of the nation’s security architecture if the issues of insurgents and banditry must come to an end. Gumi alleged that a lot of bad elements in the nation’s security forces are in collusion with the bandits. According to him, the bandits have been able to access assorted weapons that they use against Nigeria due to the undue cooperation of the security agents with bandits.

He alleged that the security agents were doing business with the security and lives of Nigerians Gumi said, “These bandits, if you don’t know, are cooperating with a lot of bad elements in our security system. This is a business. So many people are involved, you’ll be so surprised.

“They were caught in Zamfara, they were caught everywhere. How do these big weapons cross our borders? How can these big weapons cross our borders and get into the forest without the cooperation of some bad elements of the security operatives assisting them? It is not possible. If I give you the same amount of guns, can you take it to the UK? You can’t, because the security is on the alert. Part of fighting this banditry is to overhaul our security system.”

However, the High Command of the Nigerian Army on Wednesday dismissed the statement credited to the Islamic scholar. In a statement made available to newsmen in Abuja by Director of Army Public Relations, Brigadier-General Onyema Nwachukwu, it declared that “the sweeping allegation peddled by the scholar is not only sad and unfortunate, but a calculated attempt to denigrate the Nigerian military and undermine the sacrifices of our patriotic troops, who are working tirelessly to restore peace and stability across the country.”

The statement faulted Gumi’s claim and insisted that “contrary to Sheik Gumi’s claims, the Nigerian Army remains a bonafide symbol of national unity that has conducted its constitutional responsibilities in the most professional manner in line with global best practices of adherence to the rules of engagement and protection of the fundamental human rights of the citizenry.”

According to the statement, “It must also be pointed out that while the military is very much receptive to constructive criticism it should not be perceived as a gateway for derogatory comments that have the potential to embolden criminals. “It is also necessary to reiterate that patriotism must be taken to a trajectory where subversive conversations on the state are brought to the barest minimum.

“Opinion leaders are enjoined to demonstrate patriotism in building the peace, rather than being agents of destabilization, thereby aggravating the current security challenges facing the nation.”