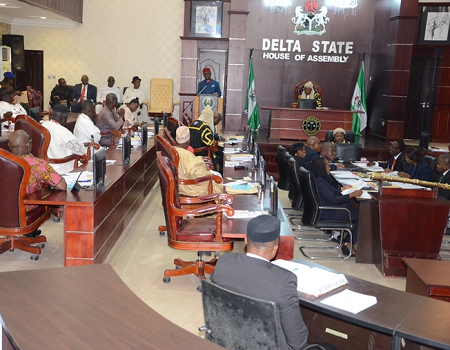 The bill to amend the Delta State University Law 1998 Cap D47 of Delta State 2008 and for other matters connected therewith has been passed into law by the state’s house of assembly.

He added that by the commencement of the new law, the facilities of agriculture, management sciences, and environmental sciences will begin to operate fully from the Abraka campus.

The deputy majority leader then moved that the bill be read the third time and passed, which was seconded by Honourable Peter Uviejitobor, member representing Udu state constituency.

The Speaker, Rt Hon. Sheriff Oborevwori, thanked members for their efforts at seeing to the successful amendment and speedy passage of the bill into law, explaining that it would further strenghten the Delta State University, Abraka.