Ndukuba speaks on insecurity and instability in Nigeria, calls for weapon control and a sovereign national dialogue 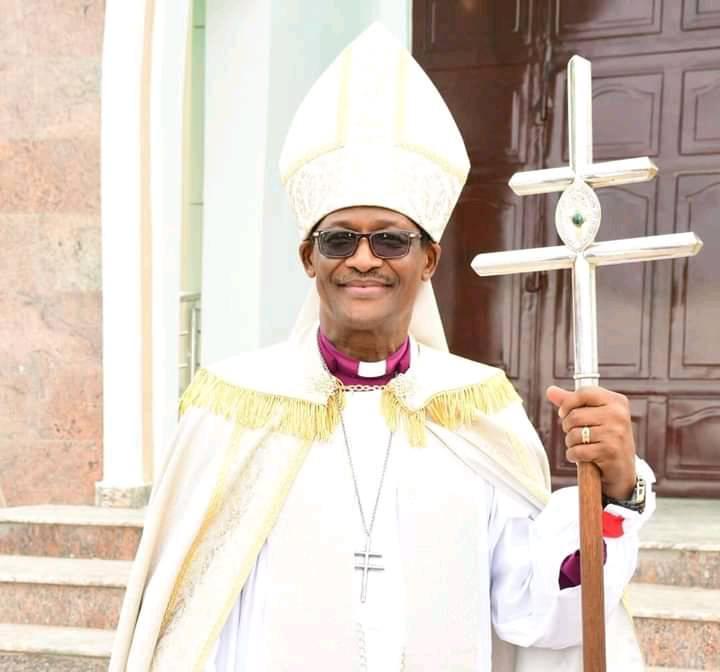 INSECURITY AND INSTABILITY IN NIGERIA: Nigeria is fast becoming a land flowing with Tears and Blood because the reality of Terror, devastations, destructions and fear are evident. The troubles that come to the people are like the earthquake which was followed by a Tsunami with great destruction of lives and property. The after math is only ruins and fear for life. We live in a very uncertain times, insecurity and devastations. Our people have lost their homes, livelihood, lives and property. We are constantly under attacks in our Nation and in some parts of our Dioceses churches have been destroyed, our members are kidnapped, some people are killed violently by sudden attacks by unidentified gunmen.  The painful thing is that the dead are not counted and adequate recognition of the evil made. The trivializing of the sanctity of the lives of Nigerians in their own land is fast becoming a norm. In some cases the Military and Security Agencies would deny that such incident ever took place. The lives of Nigerians irrespective of religion, tribe, class or other considerations matter to God and to this Nation. A situation in which communities that are predominantly Christian are targeted one after another attacked, kidnapped and killed mercilessly and their homes and property destroyed in some parts of the North East like Taraba State, North West like in Kaduna State and North Central is totally unacceptable. The constant siege on communities in the Southern Parts must be checked.

The destruction caused by Communal war in some parts of this country is becoming unbearable. The constant extortion by the Police and other Law Enforcement Agencies clearly show that the South East and South-South Geopolitical Zones are treated like a conquered territory. We support the efforts of some State Governments in checking the menace of the Armed Herders attacks and the wicked activities of Banditry in many States. Nigeria is a Federating Nation and each State Government must rise up to make laws and implement policies that can help protect lives and property our citizens. We support the call for restructuring the Nigeria Police Force to allow State Governments have State Police Force and strengthen the present Regional Security Outfits being put in place.

We commend President Mohammad Buhari for the appointment of the New Service Chiefs of the Nigerian Armed Forces and congratulate the newly appointed Officers. The security challenge is enormous and overwhelming, therefore we urge the Security Chiefs to face their task with determination, and focus to bring an end to Banditry, Kidnapping and general insecurity. They need to work in collaboration with the State Governors and Regional leaders and well-meaning organizations. Care must be taken in disbanding the existing Regional Security Organizations.  Nevertheless, there is need for a complete overhaul and restructuring of the Nation’s security architecture and purge the Armed Forces and Security Agencies of corrupt officers. The sponsors of Banditry and Kidnapping must be exposed and be dealt with for us to have peace. We hope for a swift, effective and functional security for our country.

MANDATORY WEAPONS AND GUN CONTROL IN NIGERIA: Considering the security situation in Nigeria, we call on the Federal Governments to declare a state of emergency in Security for the Country for six months. This period shall be for Amnesty for mop up all illegal arms to be voluntarily surrendered by individuals and groups throughout the country. The Nigeria Armed Forces will carry out this exercise. The national borders must be better manned to the influx of illegal aliens, guns and ammunition. The Federal Government must put in place and implement a very stringent Gun Control policy for Nigeria. A situation where a Herdsman carries an AK47 gun and moves freely in civilian communities must not be tolerated.

CALL FOR A SOVEREIGN NATIONAL DIALOGUE: Nigeria is at the brink of becoming a failed State and we are not too far from Somalia. The arrogance and imposition of Armed Cattle Herders or any other ethnic nationality and the religious colourings in our national life is worrying. The lop-sidedness in the implementation of some National Policies and Federal appointment favouring Muslims and Fulani is troubling.

The issue of Justice, Equity and Equality of Citizens in a free and democratic society remains an issue that must be openly and frankly discussed, legislated and implemented for the survival of this Nation Nigeria. We therefore call for a new comprehensive Sovereign National Dialogue by all the Ethnic Nationalities and Regional representatives (apart from the Legislators) to discuss all issues troubling this Nation. Nigeria needs a new Civilian and Democratic Constitution. We need a birth of a New Nigeria where no citizen is oppressed rather everyone has right to strive for good life. We need a nation where the Resources are judiciously distributed for the good of all. Our present system breeds greed, corruption, anarchy and injustice. We need a New Nigeria for all citizens.

(Culled from the Address of Primate Henry Ndukuba to the Church of Nigeria’s Standing Committee 2021 at Onitsha, by the Ven. Dr Princewill Ireoba)