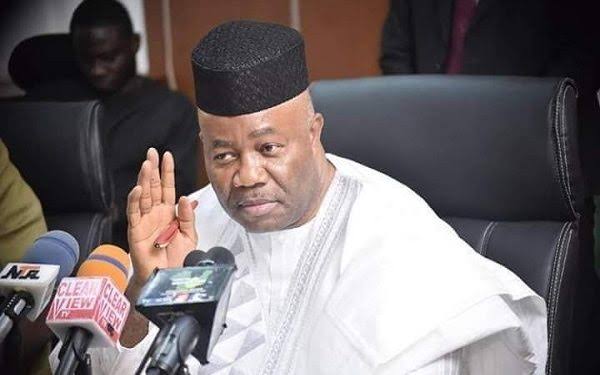 The former Western Zone Chairman of IYC stated this in reaction to the call by Comr Peter Igbifa, the IYC President’s on President Muhammadu Buhari to sack the Minister.

Igbifa had asked the President to relieve Akpabio of his duties, publish names of indicted contractors, and also investigate what transpired in the NDDC, while the forensic audit was on.

“For instance, we learnt that there are recommendations for a part-time board and reduction in the number of board members.

“These suggestions are not feasible because they are designed to extend the sole administrative regime in the NDDC. They require amendments to the Act establishing the NDDC and this will take at least six months to achieve.

“Besides, how can you think of reducing the board members? Which state are you going to exclude from the board? Or do you think IOCs should not be part of the board?

“These are obviously selfish recommendations and we are calling on the Presidency to be careful to avoid promoting one man’s selfish tendencies ahead of the collective interest and development of the Niger Delta.

“We are calling on the President to sack Akpabio for all the embarrassment he has caused for the Presidency in his insatiable appetite to maintain his stranglehold on the NDDC,” Igbifa added.

However, Frank Akiefa has suggested for Akpabio to be commended for bringing underlying issues bedeviling the NDDC to limelight.

In a statement on Monday in Warri, Akiefa said;

“We agree the Minister has not done a perfect job overtime, but the fact that over 13,000 abandoned projects were brought to limelight through the forensic audit should be commended.

“Sacking him now would be halting the full implementation of recommendations made by the auditors.

“I call President Muhammadu Buhari to outrightly ignore the calls to sack the Minister of Niger Delta Affairs, Senator Godswill Akpabio,” he added.

The Niger Delta Development Commission has been without a substantive board for quite sometime.

The Commission is currently under the management of Mr Effiong Akwa, who was appointed Sole Administrator in December 2020.