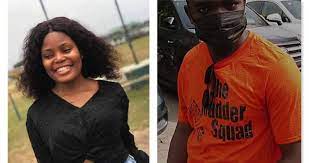 The suspected killer of Miss Iniubong Umoren, a job seeker, Mr. Uduak Frank Akpan, has been paraded by the Akwa Ibom State Police Command so as to dismiss the rumour of his death in custody.

The suspect who was paraded alongside his father said he killed the girl in self-defence and not intentionally.

“I invited her for a job and I asked her whether she can work on a farm as a secretary. I told her that I wanted to sleep with her first. She agreed on a condition that I will use a condom which I also agreed to. She became furious when I started removing the condom, and she attacked me. I was bleeding so I needed to defend myself by hitting her which lead to her death,” he said.

Mr Akpan, who lured the 26-year-old graduate of University of Uyo (UNIUYO) with a fake job interview on April 29, killed her and buried her remains in a shallow grave in his father’s compound.

Ms. Umoren was confirmed dead on April 30 and buried on Friday May 14th 2021 at her hometown, Nung Ita, Ikot Essien in Oruk Anam Local Government Area of Akwa Ibom State.

However, Nigerians online and offline have been demanding that Mr Akpan be brought to justice.

The police in the state have also assured that the culprit would be charged to court as soon as judiciary workers, who have been on strike for weeks, resume nationwide.

The commissioner of police in the state, Andrew Amiengheme, said it was necessary to have the press conference because of the rumor that was going around in the media that the suspect had committed suicide in the cell.

“I don’t know anywhere in the world that a suspect will be allowed to use trousers in the cell to the extent of killing himself with it. 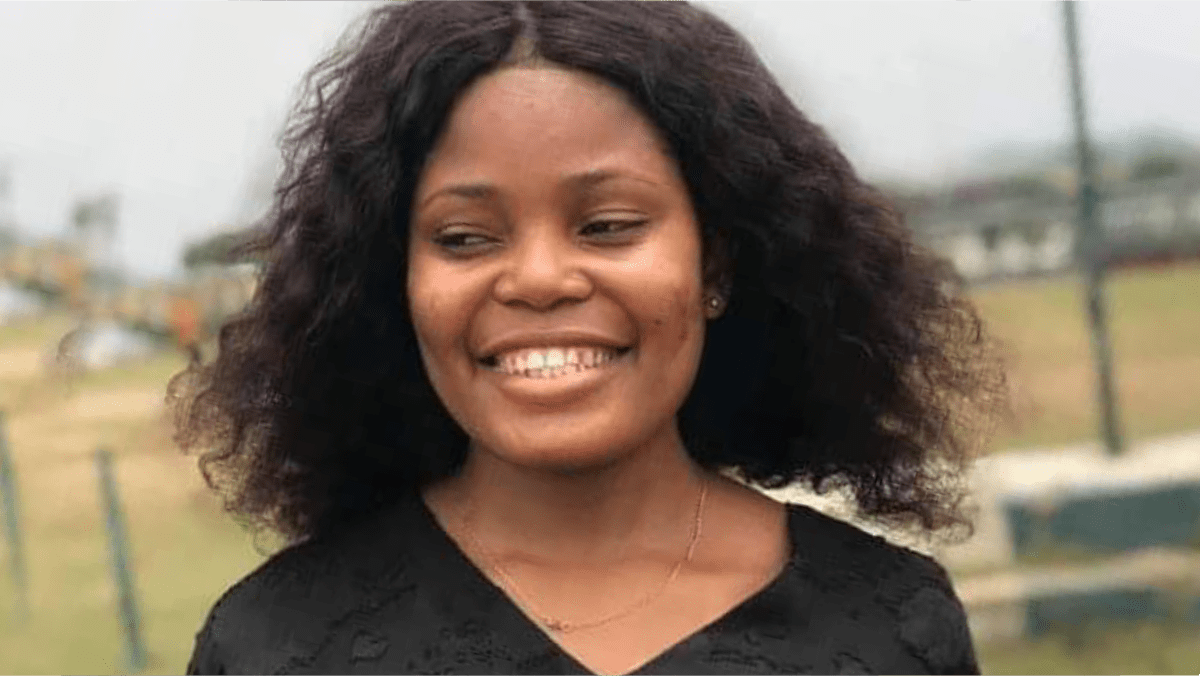 “Social media that is supposed to be a tool that will work to the advantage of the police has become something that is working against them,” he said.

Responding to questions from journalists, the younger Akpan narrated how he attempted to rape the deceased and eventually killed her using a ‘stabiliser’.

“She (Ms Umoren) came for a supposed job interview in which I used reverse psychology on her. I asked her if she can work in a farm where hard drugs are kept as a secretary and she said she can— that she’s ready to do the job.

“When she came, I revealed to her that this farm does not exist. There is no farm like that. It was just a hoax. I told her that before she leaves that I would like to have sex with her and she agreed. She gave a condition that I should use a condom, which I did. While I removed the condom, she became furious. She took a nearby stabiliser to hit me on my head and she bit my left ring finger and tried to reach for the wall, screaming.

“While I was bleeding, in a bid to stop her, I used the same stabiliser to hit her. She fell and started bleeding.”

The ‘stabiliser’ Mr Akpan was referring to is a pressing iron.

He also confessed to having used the same ‘reverse psychology’ on not less than six women in the past, although he stated that Ms Umoren is the only one he had killed.

Speaking on his relationship with Kufre Effiong, a civil servant linked to him in a report, Mr Akpan said he was one of those who came with the police to arrest him.

The report had speculated on a conspiracy between Mr Akpan and other persons suspected to be involved in human organ trafficking.

The report, without providing evidence, suggested some persons might have colluded to kill Ms Umoren while others engaged in a cover-up to free the suspect.

“Kufre Effiong is my cousin. That was when I was coming from Calabar (to Uyo) because in the morning (of April 30), I went to Calabar. He (Effiong) was the one that picked me up together with the DPO of Urua police station (Samuel Ezeugo),” said Mr Akpan.

According to him, his conversation with his older cousin ”was very short and simple”.

“He (Effiong) texted me the number of the DPO. I called him (DPO) when I arrived in Uyo.”

Mr Akpan also told journalists that he is an undergraduate in an unnamed university, where he is studying Public Administration.

The older Akpan, when speaking with journalists, said he was never aware of his son’s criminal acts.

“I was not aware. I am not happy about it. When the police came to my compound, I was asked to recall him (from his trip to Calabar that day).”

Mr Akpan revealed that he is a retired civil servant, who served in the federal ministry of health in Abuja.

The 64-year-old and father of three also said he relocated to Urua local government about two years ago and was not aware of his son’s deeds.

Like his son, he believed that justice should be dispensed accordingly.