Imo In Tension Over Scarcity Of Petroleum Products, Closure Of Banks 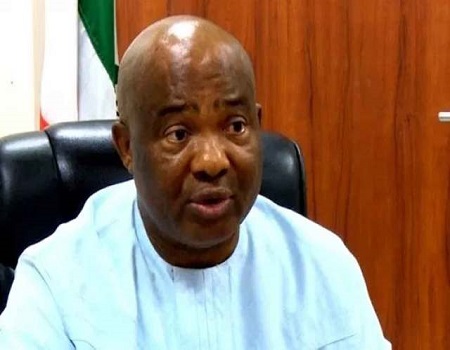 The scarcity of petroleum products has again hit Imo State, thereby creating tension among residents of the state.

This was just as the state government allegedly closed down three commercial banks for observing the sit-at-home ordered by the Indigenous People of Biafra (IPOB) to press home the unconditional release of their leader, Nnamdi Kanu, from detention.

This is even as residents, care owners, businessmen and women among others, have begun to besiege different filling stations in the capital city in search of fuel.

Nigerian Tribune gathered that while a number of filling stations had closed for business, the few that were still in operation had adjusted their pump prices, selling N250 per litre.

The development provoked long queues of vehicles on the roads scrambling to obtain the commodity.

Roadside hawkers of the product, who sell in small Jerry cans have since capitalised on the situation to make  quick money.

Although there were conflicting reports as to what gave rise to the recent scarcity, unconfirmed sources told our correspondent that the imbroglio was a fall out of the independent marketers and the state government over the harsh policy of the state government.

When contacted the Commissioner for Information and Strategy, Chief Declan Emelumba, failed to respond.

Similarly, some banks operating in Imo State were on Tuesday allegedly sealed by the state government for participating in the sit-at-home order observed on Monday in the state.

Nigerian Tribune also gathered that while some were allowed to operate,  some such as Access, First Bank, among others were stopped from operating as a punishment for participating in the sit-at-home order by IPOB.

The situation resulted in rowdiness and the presence of an unprecedented number of anxious customers in the banks.

When contacted, the Commissioner for Information and Strategy, Chief Declan Mbadiwe Emelumba, said he was in a meeting where they were discussing the visit of Mr President to the state.