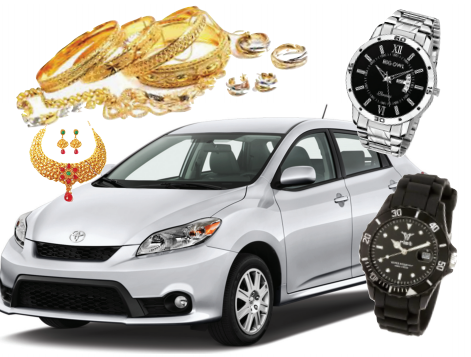 The total lockdown ordered by the Federal Government in Lagos and Ogun states as well as the Federal Capital Territory (FCT) on March 25 came as rude shock to many residents of the affected states, including Israel Adefemi. The 45-year-oldbusiness man who runs an auto sales outlet in Ogba area of Ikeja, Lagos, had lately experienced low patronage shortly after he took delivery of second hand cars,popularly called tokunbo, from Europe.

To stock up food in his home as advised by the Federal Government, he went to the automated teller machine (ATM) of a bank near his house two days after the announcement was made by President Mohammed Buhari and withdrew the sum ofN150,000, leaving the balance in his account at N100,000. From the amount, he gave N70,000 to his wife to buy more food and additional N30,000 for grocery in the house for his family of five. But four weeks after, Adefemi has had to take additional N50,000 from his bank account to settle utility bills,including the cost of servicing his Lexus 350 SUV car.

Worried that he might soon run out of cash and clean out his bank account, the father of three has since gone on the social media to put up one of his cars, aToyota Matrix 2007 model for sale. Adefemi is giving away the car, which should cost nothing less than N1.7 million, for N900,000.

He said: “Money is the real thing now. If you don’t have money, chances are that you may not survive the harsh reality of the ongoing lockdown. Even before the stay-at-home order, no one was buying cars because of the low purchasing power of Nigerians. Therefore, I have to use what I have to get what I need.

“I cannot fathom begging people for money. I know of my colleagues who are also car dealers, many of whom had given up some of the cars in their auto garages for sale to raise cash for their upkeep during this lockdown. It is a survival strategy and I don’t see anything wrong in selling your goods or valuables less than their real values in the face of compelling necessity to survive.

Like Adefemi, Nnamdi Okocha, an electrical technician in Satellite Town, a Lagos suburb, took a painful decision last week when he sold his Samsung AS10 android phone to raise cash to take care of his family. The phone Okocha recently bought for N30,000 was sold to one of his neighbours for N18,000.

“I cannot steal. I have done a lot of jobs for people but they are still owing me as I speak. I was hungry and there was no foodstuff at home, hence, I took the decision to sell the phone after my debtors refused to pay.

“It is painful that I resorted to selling my valuables to buy food for my wife and three children. But that is better than stealing from people to survive these hard times caused by the lockdown imposed by the Federal Government to tackle the coronavirus pandemic.

“Now,I am left with a small Nokia phone which I had been using as second phone long before I bought the Samsung phone.

‘’We can only pray for an end to the pandemic in the country before long so we can go back fully to our jobs and make money to take care of ourselves and our families.”

For Adebimpe Adetan, a single mother who runs a fashion designing outfit in the Abule Egba area of Lagos, life has not been the same for her since the beginning of the lockdown. Reason: her customers have since stopped patronising her fashion outfit resulting in her running out of cash.

“The little savings in my bank account have been spent on buying food items to cater for myself and my two children.

“When I ran out of cash, I was forced to sell one of my trinkets, a gold jewellery for that matter, which I bought for a sum of N100,000. I sold it for N40,000 to raise money to restock food and take care of rising bills at home.

“I just pray that this pandemic stops so that life can go back to what it was before. I am sure that when life returns to the society, business will flourish and I will recover whatever valuables I have lost during this stay at home.’’

Like others who sold their belongings to overcome hunger, Alfred Anthony, a senior clerical officer with a metal factory in Ikeja, said he also sold his precious wristwatch to stock up food at home and pay the medical bills of his daughter who was admitted in a hospital for typhoid fever.

He said the gold Rolex wristwatch, which was a birthday gift from one of his friends who lives in the United States of America (USA) with a market value ofN150,000, was sold to an Hausa gold trader in his Agege neighbourhood for just N60,000.

He said: “When the lockdown was announced, I had little money left in my bank account, but I had about N30,000 cash from which I gave my wife N20,000 to buy foodstuffs and groceries. But a few days into the lockdown, my first daughter took ill and doctors confirmed she was down with typhoid fever.

“She was placed on admission for three days because of the severity of her condition at the end of which a bill of N15,000 was issued to us. By then, I had just N4000 left with me and there was no one to run to.

“To make matters worse, we were almost running out of foodstuffs at home. I had no one to run to because my wife was the one who took care of the initial deposit of N10,000 at the hospital.

“It was then that I decided that it was best I disposed off my precious wristwatch to save myself from shame and unnecessary embarrassment. I used part of the money to pay the medical bill and prescribed drugs for my daughter while I also spent a considerable part of the remaining amount on foodstuffs.’’

To be sure his family does not suffer from want of food, Cyril Okwue, a resident of Ikeja who runs a boutique off Obafemi Awolowo Way, sold his gold necklace forN40,000 to buy items he needed for the stay-at-home period.

He revealed that he sold the necklace which he bought from a shop in Lagos Island two years ago for his wedding to a Hausa man in Ipodo area of Ikeja at a cheaper rate.

“What choice do I have?” he asked. “I would not allow hunger to kill me, my wife and my young children. Businesses have been closed as directed by the government and I do not have anyone to run to for financial assistance, because wherever you turn no, everyone is complaining of lack of money to cope with the situation and my two children were starving.

“Although it was a very tough decision for me, I just had to sell it because I have spent a lot of money to restock my shop few days to the lockdown announcement and I have not been able to make enough money from sales.

“I felt bitter when the Hausa man offered N30,000 for a gold necklace I bought forN75,000 but I had no choice but to let go of the jewellery because I needed cash badly to buy things for my family.

“I just hope that the lockdown will come to an end soon so we can go back to our businesses and recover whatever we have lost.”