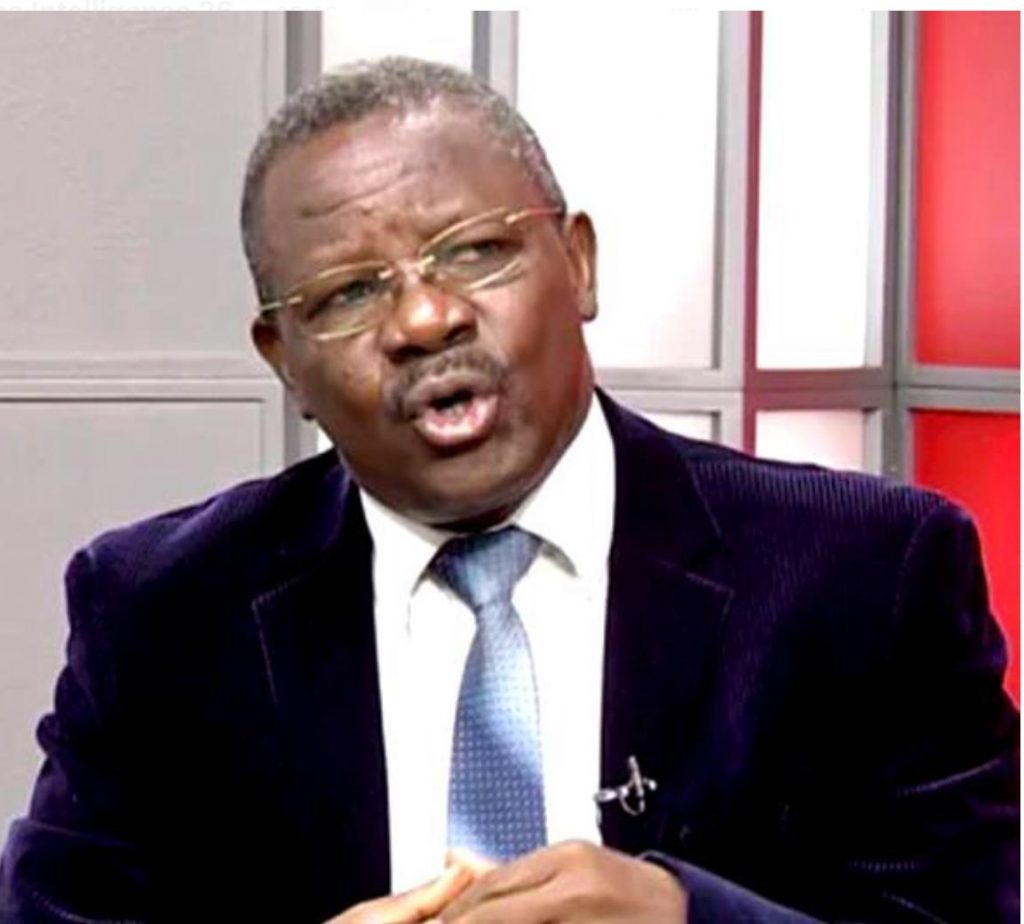 Reports had emerged on Saturday stating Nigeria’s security agencies had declared Olawunmi, who is currently the head of the department of criminology and security studies at Chrisland University, Abeokuta, Ogun state, wanted.

But the Defence Intelligence Agency (DIA) debunked the claim, adding that it only wanted the former military chief to share his information with them.

Read what the former Naval commander said during the interview:

“My impression, I think, is just the impression of every Nigerian at this point. This is an aberration. I mean, you don’t attack Nigerian Defence Academy and kill officers and get away with it. The last time I was in NDA was in 2017. I went to carry out an investigation by the minister of defence that wanted me to check what is going on with the training, and the security environment there.

“I remember I spent about a week at the NDA, with the commandant, and with the staff. But something struck me. And that was every Friday, the gate of NDA is thrown open, and everybody has access to come and pray in the mosque. I want to actually enjoin journalists to go to all military formations across the country on Friday by one o’clock. You are going to see the same thing happening across all military formations.

“That is the time the terrorists have the time to profile our security environment. It has always been the case. I’ve served in military intelligence for the past 35 years. Our problem is religion and socio-cultural. People expect me to come here and start talking about kinetics, about operations, and so on. I’ve been an operation commander all my life. I’ve commanded warships, troops, men outside Nigeria and so on. But I’m not going to come to your station to discuss kinetics. The problem is not kinetics. In 2017… 2016, I’m always a member of the security and intelligence brief at the Defence Headquarters. I told them – General Olonisakin then – that the challenge we have in this country cannot be solved the same way we solved the problem of the Niger Delta.”

“I was in the military intelligence and the Defence Headquarters’ staff that I worked with know and that was how we couldn’t pursue that aspect that could have resolved that problem, because you need to arrest people.

“Recently, 400 people were gathered as sponsors of Boko Haram. Why is it that the Buhari government has refused to try them?

“In April this year, the government said they have arrested 400 Bureau de Change (BDCs)-related people that were sponsoring Boko Haram. They told us. And Abu Dhabi also helped us to arrest few Nigerians. Why can’t this government, if not that they are partisan, and part of the charade going on, why can’t they bring these people out for trial?

“The people I mentioned that are in government are not these ones that they just arrested. You remember this Boko Haram issue started since 2012 and I was in the military intelligence that time. We arrested those people. It’s my organisation that actually conducted interrogation and interview and they mentioned names.

“The truth I’m telling you now, not about sentiment, is that there are groups of people that feel that this country should be Islamised. This is a fact, except you want me to start mentioning names of people in this government that we have interrogated. I was a member of an interrogation team and I’ve interrogated a very high-ranking member of this government in 2007, 2008 on issue of Boko Haram. I interrogated him. He’s in the government right now. And what was the issue? Boko Haram. And this senior officer was actually let go, because he was found culpable. But right now, he’s in the government.

ON EFFORTS MADE BY GOVERNMENT TO TACKLE INSURGENCY

“So if the president is buying Super Tucano (jets), changing service chiefs, that is not the solution. We are looking at the wrong side. It’s not kinetics, it’s politics. The centre of gravity is what they should look at and it is the sponsor of Boko Haram and bandits.

“I was surprised at the tremendous information at the DSS. There have so much information presently at DSS about what I am talking about. But if a fish is going to get spoilt, it is going to start getting spoilt from the head. The DSS will not do anything except the commander-in-chief’s body language shows that this is the direction I want to go. That is what the problem is.

“The DSS has tremendous information. By the time 2023 is here and somebody take over and wants to undo some of these evils that I have seen in this country, you will be surprised names that the DSS will bring out. They have the information, there is nothing I want to say here that they don’t have. The Defence Headquarters has the solution for the kinetics aspect, they do. I am not going to come here to advise them. I worked with them and they are still there.

“The chief of naval staff was in the intelligence with me, we were together in Defence Intelligence Agency, that is Vice Admiral Gambo. I know these people are good, they know what to do. It’s not that they have problems. It has to do with politics, the sponsors, people that feel this country should be Islamised.”

‘END GAME IS TO TURN NIGERIA TO A TALIBAN COUNTRY’

“When you want to look at these type of challenges, what you do is go through what we call the intelligence circle. When you do the processing and analysis before dissemination point, you discover that the end game for them is to just turn this country to a Taliban type of country.