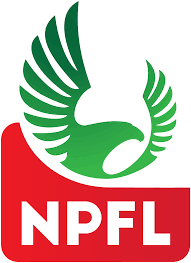 The Point-Per-Game (PPG) voting system adopted by the League Management Company (LMC) in conjunction with the Club Owners Association to decide placements in the 2019/2020 season, has pitched Lobi Stars FC against the league organising body.

To decide the winner, the LMC and Club Owners adopted the PPG voting system at the weekend, a mechanism, which the LMC claimed was a universally accepted standard process to determine games and ensure sporting fairness.

At the end of the voting, some clubs, including Lobi Stars, which was sitting close to the top of the league table before the outbreak of COVID-19, lost their chances of playing in CAF competitions.

However, the management of Lobi Stars is crying foul over the adoption of the PPG voting system to decide the fate of the clubs.

The General Manager of Lobi Stars, Mike Idoko told The Guardian in a telephone conversation yesterday that the PPG system was alien to Nigerian football, and therefore unacceptable to Lobi Stars FC.

“In the first place, this PPG voting system they are talking about was unsuccessfully tested in French Lique 1. A French court has already declared it illegal after Olympic Lyonnais and other affected clubs took the matter for judicial interpretation. So, why did the LMC and the Club Owners adopt it in Nigeria?,” Idoko queried.

The LMC had accused Lobi Stars of propagating the illegality, stressing that the Makurdi-based club benefitted from a similar pattern two seasons ago when it was declared the winner of the league after it ended abruptly.

But Idoko insisted yesterday that all clubs played the same number of matches in the 2018/2019 season before Lobi Stars was adjudged champions, unlike the current situation, where Enyimba has gifted a continental ticket despite sitting fifth on the league table. Enyimba got the nod because they have five outstanding matches.

He asked: “Is Enyimba the only club that played continental matches? How come Rangers of Enugu did not have accumulated matches? When we played CAF competitions two seasons ago, we did not accumulate matches. At a time, we even played three matches in one week and we did not complain.

“Our position is very clear: The LMC and Club Owners Association should go back to week 12 or 13 when all the clubs played the same number of matches. In that way, we will know who actually deserve a continental ticket. We can’t be part of this illegality. I think the NFF and sports ministry should come in,” Idoko stated.

Meanwhile, the Executive Secretary of Club Owners Association, Alloy Chukwuemeka, has explained that the leakage of the internet online voting to the media by Mike Idoko apparently to discredit the Club Owners Association, adding, however, that the process did not affect the genuineness, transparency and authenticity of the voting and its unanimous adoption by the majority of the club chairmen.