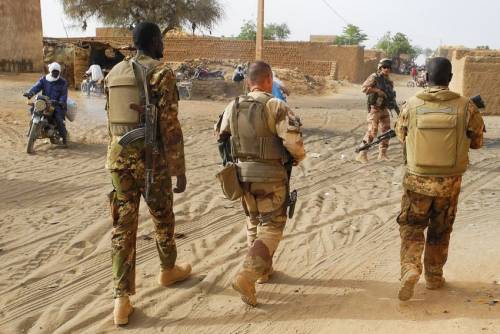 Twenty soldiers from Mali were on Monday killed by militants during an attack on a military base.

AFP reports that the assault was launched on the Northern town of Bamba early in the morning.

“Investigations are still ongoing on the ground because the death toll must be higher than the 20 announced,” an official said.

The official said the army did not have a clear idea of enemy losses because the militants took their dead with them when leaving the area.

Another military official said reinforcements had been dispatched to the area.