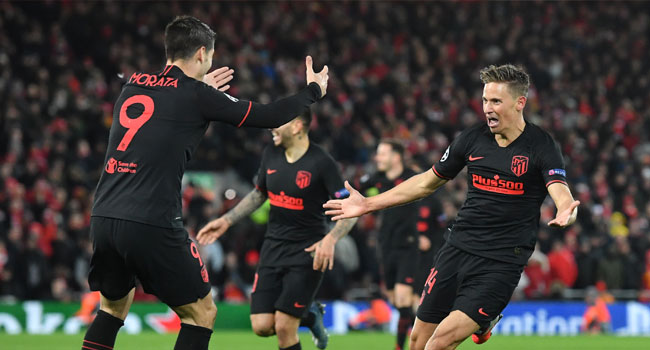 Liverpool coach, Jurgen Klopp, has admitted it does not feel right losing to Atletico Madrid in the Champions League.

The Reds were on Wednesday dumped out of Europe’s elite football competition after losing 2-3 (2-4 on aggregate) to the Spanish side.

Klopp’s side had lost the first leg of the clash 1-0 but the holders looked to have ended Atletico’s dogged resistance when Roberto Firmino put them ahead in the tie after Georginio Wijnaldum’s first-half header forced the game into an extra 30 minutes.

Marcos Llorente, however, made Liverpool pay for a host of missed chances as he netted twice before an Alvaro Morata strike, in added time, sealed a place for Diego Simeone’s men in the quarter-final.

While speaking in the post-match press conference, Klopp congratulated the Spanish side even though he said it does not feel right losing to them.

According to the former Borussia Dortmund boss, he is an “under-average loser,” stressing that talking more about the game would make him feel like the “worst loser in the world.”

“At least tonight, if I would say all the things I have in my mind I would look like the worst loser in the world, so I best stop here,” the German was quoted in Liverpool’s website as saying after the game.

He, however, praised his players for their “exceptional” showing at the Anfield and admitted that playing “against a defensive set-up like that, to cause a team that many problems is really exceptional, so I loved that.”

Klopp added that at some point in the game, his players were a bit tired unlike their opponents who looked fresher.