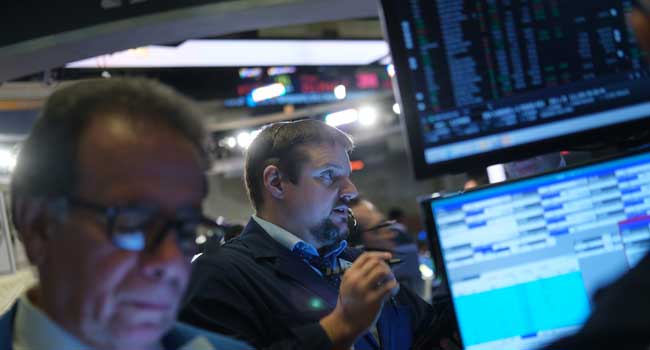 Stock markets in energy-rich Gulf states tumbled Thursday with Saudi shares down more than 4.0 percent following worldwide losses amid fears over the coronavirus pandemic and an oil price war.

Dubai Financial Market dived more than 7.0 percent at the open on the last trading day of the week. Abu Dhabi shares dropped 6.0 percent.

Stocks in gas-rich Qatar dropped 5.2 percent, while bourses in Bahrain and Oman were down 3.5 percent and 2.2 percent, respectively.

The stock market in Kuwait was closed as authorities announced a shutdown of government offices for two weeks and cancelled international flights in a bid to prevent the spread of the coronavirus.

Oil prices, the mainstay of Gulf economies, fell sharply on Thursday with Brent trading below $34 a barrel and WTI just above $31 a barrel.

Gulf stock markets have sustained heavy losses this week after OPEC and its allies, led by Russia, failed to reach an agreement on addition oil production cuts to support prices.

That triggered a price war reminiscent to 2015 as Saudi Arabia, the world’s biggest exporter, and the UAE, OPEC’s fourth-largest producer, pledged to flood the market with crude.

The two Gulf nations said they will together boost supplies by at least 3.5 million barrels per day (bpd), to 16.3 million bpd, from April.

Riyadh and Abu Dhabi, who like other Gulf states rely heavily on oil revenues, also unveiled plans to raise their production capacities by one million bpd each.