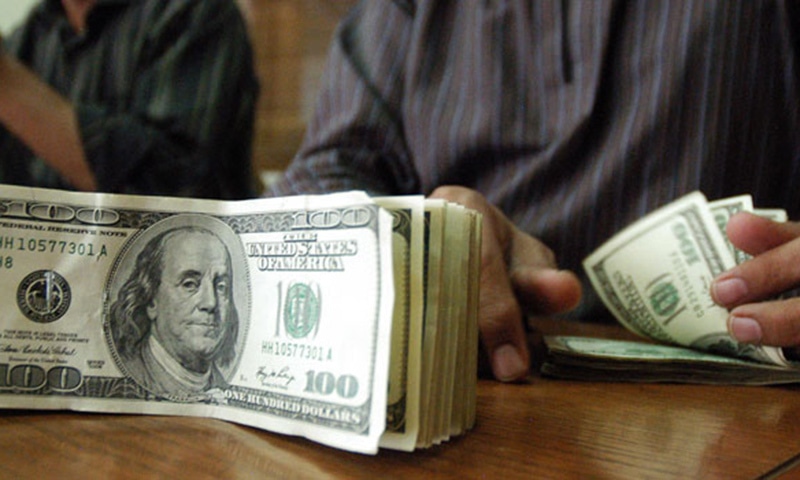 The impact of the plunge in oil price in the last two months may have spread across asset classes in Nigeria, forcing investors to widen portfolio on the bond market, sell stocks and buy dollars to hedge their funds as naira becomes weaker.

With warnings of imminent recession, the parallel market has continued to witness demand pressure from individuals seeking to hedge their investments and organisations struggling to settle their foreign exchange obligations, having been shut out from the official window.

As the National Bureau of Statistics (NBS) unveiled the Gross Domestic Product (GDP) data for Q1, 2020, the Organised Private Sector (OPS) has expressed mild optimism about the economy’s performance during the quarter.

The Lagos Chamber of Commerce and Industry (LCCI), which noted that activities during the first quarter are usually slow, said that with the impact of the coronavirus pandemic for some months running, the economy could only have recorded some marginal growth.

At the close of transactions at the weekend, naira traded at N460 to the U.S. dollar on the parallel market, having stayed at the same rate of exchange for some days, a signal of the accumulation of unmet demand, according to some local manufacturers and importers.

The nation’s first quarter revenue from crude sales was N940.9 billion ($2.6 billion), missing its target by 31 per cent due to the oil price crash, Finance Minister Zainab Ahmed revealed.

Ahmed said the country had $72.04 million in its oil savings account as of May 21, compared to $325 million in November.

Although the Governor of Central Bank of Nigeria (CBN), Godwin Emefiele, had cautioned local and foreign investors against currency dealing with parallel market traders for allegedly overheating the market, the need to hedge funds against the naira and maximise profit within a lower tenor has continued to make the parallel market attractive to investors.

At the close of transactions on Friday, the CBN recorded another foreign exchange reserves build-up, with the country’s external balance growing to $35.76 billion.

Analysts attributed the driver of the reserve accretion to the inflow of Rapid Financing Instrument (RFI) facility from the International Monetary Fund (IMF) which continues to outweigh forex outflows.

Specifically, the treasury bills market closed out the week with improved activity, with bearish sentiments witnessed on short- to mid-dated OMO bills, as depressed system liquidity caused market players to sell off bills to provide short-term liquidity rather than take in the interbank market at higher rates.

Trading in the treasury bills secondary market was bullish, as the average yield across all instruments contracted by 177bps to 4.9per cent. The contraction was mainly influenced by trading activity at the OMO segment (average yield: -242bps to 6.0%) as market participants demanded mid and long tenor instruments due to no sales at the last auction.

At the NTB segment, the average yield contracted by 11bps to 2.2per cent due to piqued investors’ interest following improved rates in the space

The FGN bond market, on the other hand, continued its bullish run to end the week, as interest shifted away from auction bonds to other papers offered at attractive levels.

Trading in the FGN bonds secondary market was bullish, as investors covered for lost bids at the PMA. Consequently, the average yield across instruments contracted by 15bps to close at 10.4per cent. At the auction, instruments worth NGN60.00 billion were offered to investors through re-openings.

Despite subscriptions across instruments settling at NGN425.18 billion, the DMO eventually allotted instruments worth NGN152.11 billion, resulting in a bid-cover ratio of 7.09x.

Hitherto, the OMO market was seen by investors, including pension funds, insurance companies and FinTEchs, as a viable option for investing free cash flow.

The restriction from the OMO market by the CBN now leaves them with very little options, with retail investors moving away from equities to show interest in buying dollars, preferring to earn as low as four per cent in the greenback as against holding the naira at six per cent.

Analysts at Cordros, however, expect healthy demand for T-bills, as system liquidity improves with expected inflows in the week.

“In the NTB segment, we expect the focus to be shifted to next week’s PMA. While there is no indication of the amount to be offered, we expect a similar result from the last NTB PMA.

“We still hold the view that the RFI inflow will continue to provide short-term support for the FX reserves. Nonetheless, we expect the currency market to remain largely volatile, especially in the parallel, as the CBN’s suspension of FX sales to BDCs continues to create a backlog of unmet FX demand,” the analysts at Cordros added.

The Chief Executive officer, Financial Derivatives Company Ltd, Bismarck Rewane predicted that dollar investments would appreciate in value as inflation is likely to spike to 15 per cent by June.

The Director-General of the LCCI, Dr. Muda Yusuf, who noted that the movement in the value of the naira is attributable to the economy’s capacity to supply foreign exchange to all and sundry, said many importers and manufacturers besieged the parallel market to source for their forex.

To him, with improved liquidity and sale of dollars to key sectors, the naira will regain its strength.

Meanwhile, despite the coronavirus- induced economic downturn, the nation’s GDP grew by 1.87 per cent (year-on-year) in real terms in Q1 of 2020. But stakeholders have warned of imminent contraction in growth in Q2 due to the lockdown measures put in place during the quarter.

According to the latest GDP report released by the National Bureau of Statistics (NBS) yesterday, the performance recorded in Q1, 2020 represents a drop of 0.23 per cent points compared to Q1 2019 (2.10 per cent) and 0.68 per cent points decline compared to Q4 2019 (2.55 per cent), reflecting the earliest effects of disruption caused by Covid-19 pandemic and the crash in oil price.

The Federal Government had implemented a sweeping quarantine in Lagos, Ogun and the FCT that are home to almost 30 million people in a bid to check the spread of the coronavirus in the country.With productivity disrupted and oil prices dropping to an all-time low, members of the OPS said it was impossible for growth not to contract.

The Minister of Finance, Budget and National Planning, Mrs. Zainab Ahmed, had in March warned that the economy might slide into recession if the coronavirus pandemic continued for the next six months.

She re-affirmed this statement last week, after the National Economic Council (NEC) meeting, saying that the NBS data showed that the economy would go into a recession at an average of -4.4 per cent.

The Acting Director-General of the Manufacturers Association of Nigeria (MAN), Chuma Oruche, said local manufacturers did not expect an improved performance in the GDP figures in the second quarter.

“It is glaring to everyone that Q2 will take a downturn, as many sectors are yet to kick off … We expect a downward trend in the GDP in Q2. We do not expect much progress because of Covid-19 pandemic, as sourcing of raw materials has become a problem. The curfew has equally affected operations in the sector, as shifts could not take place.The minister has already said the country will go into a recession going by the trend.

“Consumption has reduced across the sectors. Those that experienced some sales recorded low turnover. Most of the production outfits are in Lagos and goods are not being moved across the country,” Oruche said.

According to the NBS report, Nigeria’s oil sector recorded a real growth rate of 5.06 per cent (year-on-year) in Q1 2020, indicating an increase of 6.51 per cent points relative to the rate recorded in the corresponding quarter of 2019 (-1.46 per cent).

However, when compared to Q4 2019 which recorded a growth rate of 6.36 per cent, oil sector growth decreased by –1.30 per cent points. The contribution of the oil sector to aggregate GDP stood at 9.50 per cent in Q1 2020, up from the figure recorded in the corresponding period of 2019 (9.22 per cent) and the preceding quarter (7.32 per cent), as the share of the non-oil economy declined.

During the first quarter of 2020, an average daily oil production of 2.07 million barrels per day (mbpd) was recorded. The production level was higher than the 1.99mbpd recorded in the same quarter of 2019.

According to the bureau’s report, growth in non-oil sector was driven mainly by information and communication (telecommunications), financial and insurance (financial institutions), agriculture (crop production), mining and quarrying (crude petroleum and natural gas), and construction.

The service sector showed strong resilience in the period under review as it contributed 54.39 per cent to the aggregate GDP, up from 53.64 per cent recorded in Q4 2019. Also, the industrial sector recorded a marginal increase in its contribution to GDP at 23.65 per cent, up from 22.25 per cent in Q4 2019.

The contribution from agriculture contracted to 21.96 per cent from 25.16 per cent in the previous quarter. This maybe largely traceable to the planting season.

A closer look at the GDP report shows that the 1.87 per cent growth recorded in Q1 2020 represents the slowest in the last six quarters.