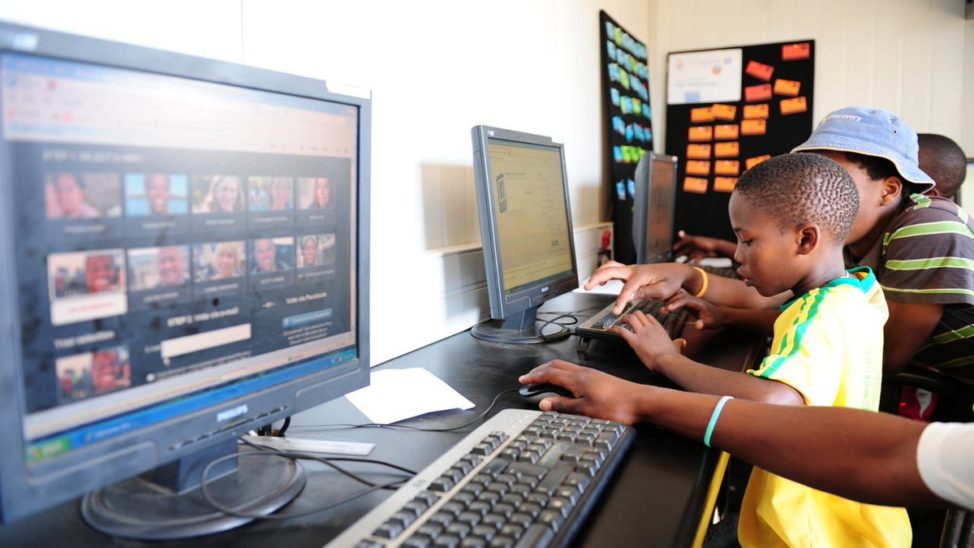 With restrictions to movement persisting on account of the COVID-19 pandemic, virtual operations in the country may be jeopardised by cost-related challenges, infrastructure deficit and inadequate skills.

The Guardian learnt that three things are critical to an efficient remote operation across the globe. They are: infrastructure (telecoms and power), affordable data services and requisite skills, which to some extent are still deficient in Nigeria.

For instance, in Nigeria, power generation for its about 200 million people is around 5000mw in the last two decades. South Africa, with a population of about 59 million people, however, has a 51,309 mw capacity.

Though the telecoms infrastructure is fast maturing in Nigeria, services are still largely 2G or 3G dependent. As at last year, OpenSignal, an independent global standard for analysing consumer mobile experience, ranked Nigeria as one of the countries with the worst 4G connections in the world.

Working virtually or remotely means that all services including education, religious activities, government meetings, and business roundtables would happen online, despite these challenges.

Technology apps like Microsoft Teams, Zoom, Skype and Facebook Chat Room are lately making remote meetings possible, but the cost of staying online and the efficiency of the process are raising fresh concerns and putting people off in Nigeria.

Globally, online interactions have become the order of the day. These might not be difficult for advanced economies because of improved infrastructure and ready skills. The reverse, however, is the case in Africa and Nigeria particularly, where infrastructure development is still in deficit, cost of going online is exorbitant, and digital skills are low.

The World Bank estimates that larger percentages of Nigerians are still living below the poverty line, spending as low as $1 a day. Checks by The Guardian showed that the poverty status of Nigerians has been aggravated by the current economic situation and the lockdown induced by the pandemic.

The lockdown specifically triggered a significant drop in disposable incomes, owing to slash in salaries, and in some cases, outright non-payment of wages and allowances because businesses have not been running for months. There have been job losses as well.

Findings showed that while businesses struggle to stay afloat, parents, on the other hand, are battling to keep their children and wards online for virtual learning introduced by various schools and tertiary institutions.

A parent, Mrs. Caston Martins, who has three children in secondary school, decried the cost of having to keep all of them online at the same time. She said: “The cost and the efficiency of the networks are issues. Within three weeks, we spent about N25,000 on MTN data. At times, you load the airtime but within two days it has finished before the expiration date. It just burns off like a candle!”

Another parent, Shola Banjoko, a Globacom subscriber, was surprised that a two-gigabyte data bundle recharge, which normally lasted a month, was used up within two days. “I only use the data to connect my kids online. We opened the Zoom portal three times a week. I was shocked to discover that the data had been wiped off. This happened twice. The only solution left was to abandon the network, since I was losing time and money,” he claimed.

Speaking anonymously, a senior teacher at Providence School, Lekki, said the school was spending much on virtual learning. “Since the lockdown, a lot has gone into Internet cost and the need to keep in touch with our students. I may put the figure around N1.5 million in the last one month. It could be more than that.”

A businessman, Emeka Duru, also decried the rate at which data depletes, wondering if this would form the new normal post-COVID-19.

Minister of Education Mallam Adamu Adamu directed school administrators to switch to online learning, unsure of how soon the pandemic would end. But the Academic Staff Union of Universities (ASUU) noted that government’s failure to adequately fund the sector over the years would make online learning impossible.

Prof. Deji Omole, a former chairman of ASUU, University of Ibadan branch, said: “Education is a very serious investment.We learnt that some of them sent their children abroad to study. They should be honest enough to ask them, when they come back, about the qualities, standard of equipment and infrastructure put in place there for learning.

“We are far away from the reality. How would they facilitate the e-learning? Did they assume it is WhatsApp messages? How do you deploy what is not on ground at this critical period? Besides the fact that the union is on strike, even if the union is not on strike, how do you deploy that? You would know how much, as an individual, you spend on Internet every month. Where will the students get the money? You cannot use what is not on ground. Those are the things we were talking about.”

Online publication, University World News, quoted a professor of Sociology at the University of Lagos, Omololu Soyombo, as saying Nigeria’s weak Internet infrastructure would impede the delivery of lectures online.

“Even if the lecturer can arrange something, the next problem would be Internet access for students wherever they maybe. And once you cannot guarantee equal access for all the students – some in Lagos, some outside Lagos, some in their villages – then it will really not be ideal to have anything like that. Unfortunately, we cannot guarantee Internet access in Nigeria.”

The publication also spoke with Lai Oso, a professor of Mass Communications at the Lagos State University, who said poor public Internet infrastructure meant students were finding it difficult to undertake academic work remotely, including using virtual libraries which, he noted, were absent in many Nigerian universities.

“Many people are disadvantaged in terms of the poor infrastructure that we have in the country,” Oso said, adding: “I have had contact with some of my students who said that even for a whole day there may be no power supply and in some cases the Internet connection is very poor.”

The president, Association of Telecommunications Companies of Nigeria (ATCON), Olusola Teniola, said the problem was a recurring challenge in Africa. And in the case of Nigeria, there is the need to encourage government to push through power sector reforms and remove hurdles to achieving affordable supply to consumers. He also called for the exploration of alternative power technology.

He posited that the costs of telecom services would become much more affordable if the cost of doing business was reduced and the infrastructure gap was addressed by both the government and private sector as recommended in the Nigerian National Broadband Plan 2020-25.

According to the chairman, Mobile Software Solution, Chris Uwaje, it is not that Nigeria does not having the required infrastructure and implementation resources, “rather, we waste the little we have, and they are acquired at greater costs when compared to other nations. For example, our telecoms infrastructure per line is the most expensive in West Africa!

“On the data issue of latency and redundancy, the fact is that this will continue until we invest, establish and implement a national gateway, ensuring that local data is kept local instead of traveling across the world – and delivered locally. This will create a lot of employment for our people. We also need to encourage and regulate Edge Server Computing. All these will save the nation enormous money currently being wasted.”

Uwaje noted that intervention was not only needed in education, but also e-government operations and information inter-operability for effective leadership and governance.

Meanwhile, speaking on the challenges of using virtual court sittings in Nigeria, a Lagos lawyer, Kenneth Ahia (SAN), said although the adoption of remote court sitting was noble, peculiar network issues could be a drawback.

He said: “As a further reaction to the pandemic, some courts have adopted virtual hearing via Zoom or Skype.

The peculiar network issues in Nigeria are a challenge to this technological innovation, which is not new in some countries, although we should hope for improvement in that regard.
“The National Assembly is currently considering a bill to legalise virtual proceedings, to ameliorate the danger to decisions reached thereby since the constitution provides for public hearing of cases. Even with this, it seems that only applications, originating summons, adoption of addresses, rulings, judgments and appeals can be heard virtually.”

Ahia explained that at trials with more than one witness, other witnesses would be required to go out of hearing for obvious reasons, pointing out that that would not be achievable with virtual proceedings.

The director, Access to Justice, Mr. Joseph Otteh, said COVID-19 might just be a wake-up call to the Nigerian justice sector, particularly the leadership of the judiciary. The impact of the pandemic, he said, had been huge such that many hearings could not be conducted, except very urgent ones, and many people would remain in prison for longer periods than they should.

“The nation’s judiciary is now being tested again, and although the chief justice of Nigeria has given some crucial guidelines to help courts navigate this uncharted territory, heads of court must rise to the occasion and ensure that all courts get back to full business. Important civil liberties depend on the courts being open, as well as many livelihoods,” he stated.

But for Lagos lawyer, Mr. Emmanuel Umoren, the legal profession has to adjust. “Nigerian lawyers and judges have not been left behind in trying to adjust to this new normal. They are debating new rules of court, new technology that would make it possible to have remote court hearing and work from home (WFH). There is a new word in the lawyers’ dictionary – Webinar. Until the pandemic hit us, I am sure less than 10 percent of lawyers in Nigeria knew of the existence of the word or its use,” he said.

He said further: “The Chief Judge of Lagos State, Honourable Justice Kazeem Alogba, was the first to produce a new practice direction to meet this new way of doing business or offering of judiciary service to Nigerians. However, before the CJ of Lagos came out with the practice direction, we had seen two videos of court sittings remotely from the Federal High Court, Sokoto and the Borno State High Court sitting in Maiduguri. These two court sessions, though innovative, were not done in compliance with any new legislation, court rules or practice directions.

“Anambra State chief judge also came out with a new practice direction, though it was not as detailed as that of Lagos State. Thereafter, the Chief Justice of Nigeria, Honourable Justice Ibrahim Tanko Muhammad, with the instrumentality of the National Judicial Council (NJC) issued a new practice direction titled ‘National Judicial Council Guidelines for Court Sittings And Related Matters in COVID-19 Period for All Courts in Nigeria’.”

Umoren noted that this had been met with a lot of skepticism as to the constitutionalism of such practice direction.