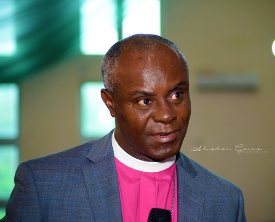 Good morning beloved Friends and Covenant Partners. We believe you had sufficient and peaceful night rest. We write from the rural of rurals but we feed the urban. Hence without us you go hungry and without you we lack funds meaning no man is an Island.

Few days ago we started a discussion on the Naria redesign and honestly we enjoyed the thought line of many people. Though some ignorant people gave a bill of insensitive insults and damaging information. We have long forgiven and pushed on. We also discovered in the cause of analysing some critical criticism that many people have been paid to author documents of conviction. Then of course that is not our dwelling today. We have earlier on promised to come back with further information and possibly help preparations.
We are very sure you have been reading dailies and understanding what we jotted down few days ago.

You are on the knowledge that The Presidency, The Central Bank and The financial headquarter of Nigeria is NOT in agreement or are not understanding themselves in the business of redesigning of Naria. Before the National Assembly the Finance minister claimed She was not in any information of Naria redesign, the Central Bank immediately responded we have approval of the President and few hours later the Presidency via the President confirmed that they actually approved the Naria notes redesigning.

#1 Currency redesigning is a Sacramental policy tool to put in check counterfeit currency and financial manipulation. This financial manipulation could assume any strategy to bring back the sovereignty of the national currency. This is one of the major reasons advanced by Central Bank representative. It is normal and best Global practice.

#2 The action or the process will enable the apex bank to withdraw old and dirty Naria notes is an honorable thing to do in the circumstance.

#3 The process will in no way add economic values to the citizens of the nation rather it will impose on the citizens emergency and temporary hardship but Government will ultimately gain and if government properly manages the gain them the citizens will enjoy the end product which will result public expenditure.

#4 The prices of things will skyrocket because of panic buying. This has started already. As at today Dollar is heading for 900k and whenever the Dollar is affected it affects every single thing around us because we depend on the mercies of Dollar in Nigeria.

#5 The prices of good and services will be on major increase due to flood. You remember that almost 75% of the food consume in Nigeria comes from the rural economy and the present flood has affected in a very serious way the food by its destruction of the farms across the nation. Hence the few remaining will be competing with high demand thereby forcing prices up. Once food is affected , the transport will be affected, petroleum products will be affected. Already gas is heading to 12k, diesel is almost 1k per litre. Kerosene is no go area as at today and wood has added money as well.

#6 Very soon you will be seeing Naria notes stored in warehouses across Nigeria as Justification of the Naria notes redesigning. Some of these things are manipulated to convince us of the urgency. Remember we are not against the process in short it is long overdue but we are only against the deceit and the timing.

#7 It is not whole truth that the process will stop kidnapping, discourage bandits and ransom taking. These vices are to be stopped by strategic deployment of qualified, intelligent , well experienced and coordinated force. Not experts at dues collection check points. In short the process may likely increase these vices because they will be in lack of funds hence will go all out to recruit funds.

#8 it is not also full truth that it will make EFCC to caught up with politicians who have acquired illicit funds. The truth is that no intelligent politician will reserve his or her funds in Naria or store it at home. They have used their money to acquire choice properties all over the world and ready to sell off during election. By the way how have we all of a sudden put confidence on EFCC? How many of such people have they been prosecuted in the past?

#9 Our fear is that this process though wonderful but maybe used to witch-hunt none accepted candidates during the forthcoming election. We see a situation where the banks will have short supply of the new currency which will force the banks to rationalise the available fund to customers while the favourites are given presidential treatment. In that circumstances people can be forced to collect money from favourites and vote against their consciences. Don’t micromanage hunger. Hunger is the main reason why we are in this cave of slavery.

#10 We advise you mobilise the rural dwellers who are not carried along with the information going on Naria notes redesigning. Many of them are not banking customers, they keep their money with them and believe me it runs in millions. They are not aware of what is going on currently and if they are not sensitised those money will remain with them three to four years after the exercise.

#11 The reason for advocating for more time is to create sufficient awareness and eradication of suspicious. You know that Nigerians are sceptical of our leaders because of antecedents. Hence it will take an average Nigerian to buy into this process minimum of six months. Remember up till now many people are still sceptical about Covid 19 immunisation much more their hard earned money. January 2023 as the effective date to phase off the present currency is too sudden for the ordinary citizens of which over 85% of our population belong there except there is something that meets the eye we are yet to know. Why the ambush? Why the hurry? and why the secrecy?

#13 As we conclude this piece we will like to advise that, instead of you returning all your money to Bank and be subjected to shortage currency whereby you will be paid your money rationally over time which in turn become useless to you, we ask you return some of the money to your bank for those who have bank account and use the remaining to stock up goods and services for resale because first three months of next year will be hardship coupled if the Central Bank insist on January 31st 2023.

Again for those who are none banks please don’t give your money to anyone you don’t trust to change for you. If you are unable to open account before then , then please do discuss with your church and pay in your cash to the church account not your pastor’s account but church account and the church will preserve your money and be able to give it back to you by God’s grace.

There will be a lot of panic and fraudulent actions during this period. Don’t fall into wrong hands. Some people will come to you offering to help you change your money don’t oblige them even your own children don’t if they have not been trusted before now. Lots of people will be victims but don’t allow yourself and your relatives to become victims. Begin today to educate them on what to expect and how to handle it.

Thanks much and God’s blessings always. Meet you again next week if there is need.
His Bondservant
Chidi Collins OPARAOJIAKU