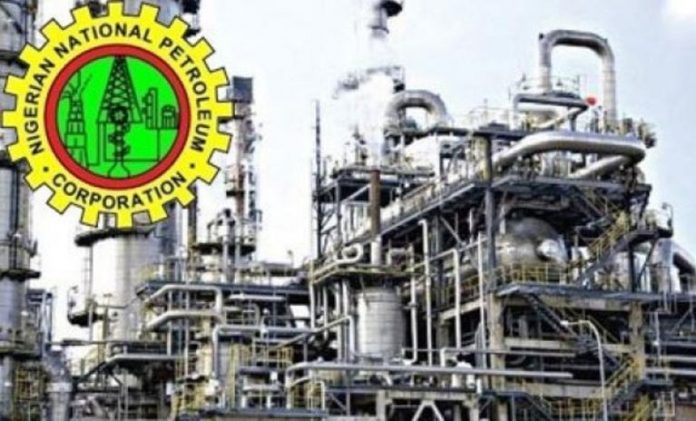 Nigerian National Petroleum Corporation (NNPC) has officially released, for the first time, its audited statement of accounts to the public.
Though the corporation has been sending copies of the annual statements to the presidency and the National Assembly in the past, it was learnt that the new initiative followed a resolve by the new management to promote transparency in its operations.

However, the 43-year organisation, in its 2018 audited statement, which we saw yesterday on its website, did not present a consolidated report of its activities as a unit.
But it made public the accounts of its listed subsidiaries – 20 in all, including companies floated offshore for the corporation’s international business.

NNPC’s decision has also received commendation from stakeholders, including BudgIT, a Non-Governmental Organisation (NGO) in the country that applies technology to intersect citizen engagement with institutional improvement, describing the Mele Kyari-led NNPC management as having blazed the trail to reduce opacity in government business.
While some of the subsidiaries made losses during the period under review, many of them, however, bounced back after years of negative figures, to the path of profitability.

For one of the companies, the Integrated Data Services Limited (IDSL), which provides hydrocarbon exploration services, revenue increased significantly by about N1.3 billion or 7.76 per cent in 2018 from 2017, with total comprehensive income of about N3.2 billion in the same period as a result of actuarial gain.

However, actual profit was N154 million compared to 2017 with just over N4 million, for the company that offers upstream sector geophysical and petroleum engineering services in the oil and gas industry.
It has 17 major customers, including the International Oil Companies (IOCs) with a staff strength of 197 in 2017 as compared to 192 in 2018.

For the National Petroleum Investment Management Services (NAPIMS), which executes joint operations and other exploration and production activities for NNPC and oversees the federation’s interest in the joint operating agreements in 2017, total revenue stood at N3.2 trillion and increased to N5 trillion in 2018. But it wiped off its loss, which stood at N1.6 trillion in 2017, and turned in N1 trillion gain in 2018.

For the Nigerian Pipelines and Storage Company Limited (NPSC), which is into transportation and storage of products, the loss before taxation in 2018 was N767 million, while total income for the year was N11.2 billion. There were no figures for 2017.
As for the National Engineering and Technical Company Limited (NETCO), which provides engineering, procurement, construction, supervision and project management services in the sector, profit for 2017 after tax was N2.4 billion against 4.5 billion in 2018.
Duke Global Energy Investments Limited, carrying out the business of oil prospecting, production, mining, drilling, storage, transportation, refining and distribution of oil and gas of all types of hydrocarbons and petroleum products, had an authorised share N100 million during the period.

It made a loss of N41.6 million in 2018 as against N85,828 million in 2017, while Duke Oil Services, UK grew from $5 million dollars from 2017 to $5.9 in 2018 in terms of cash and equivalent at the end of the year.
In the period under review, the company did not have any contractual employees as staff were provided to the company by other group entities under service agreements.

Meanwhile, NNPC has received accolades from BudgIT “for publishing the audited accounts of its subsidiaries and business divisions for the first time and also launching the Open Data segment on its website, as a measure to promote transparency in its financial operations.”

The organisation through its Communications Associate, Iyanu Fatoba, said there was no doubt that the Kyari-led NNPC management had blazed the trail by making the audited report of all NNPC’s subsidiaries available online.
“For the past four years, BudgIT, through the Extractives Consultative Forum and with support from the Natural Resource Governance Institute (NRGI), has been engaging key oil and gas stakeholders annually; including officials from NNPC, Department of Petroleum Resources, Ministry of Petroleum Resources, civil society organisations and private individuals.

“These engagements have centred on ways by which NNPC can become more transparent, assume and maintain the status of a commercially viable entity, as its consecutive losses are not sustainable in the long term.
“A financially viable and transparent NNPC is pivotal to the Nigerian economy as the government still largely depends on revenue from oil to finance its budgets.

“Over the years, BudgIT has consistently requested that NNPC should make its audited report available to citizens in addition to publishing its monthly financial and operations reports, to further ensure transparency and accountability,” the organisation said.
It encouraged Nigerians to download the audit reports and other data put up by NNPC, study them, and ask questions.

A Project Officer at BudgIT, Adejoke Akinbode, however, noted that while these are important steps regarding transparency, more still had to be done by the federal government to reform NNPC.
“The federal government needs to reform NNPC to reverse the trend of the massive losses recorded by some of the NNPC subsidiaries annually. This audit report is a laudable step towards showing Nigerians the true picture of what is going on in NNPC,” the group noted.