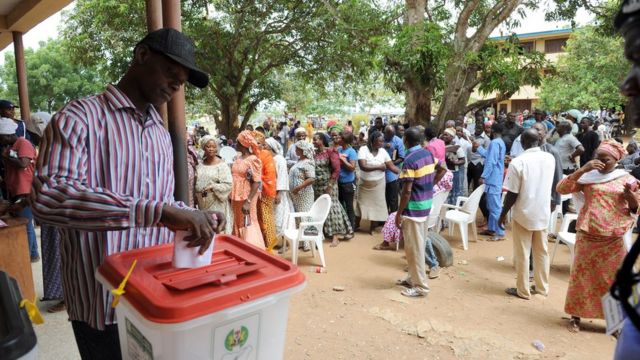 A coalition of Civil Society Organisations, on Tuesday, in Abuja expressed worries over Clauses 50 and 88 in the Electoral Bill currently being amended at the National Assembly.

Convener of the Nigeria Civil Society Situation Room of the coalition, Ene Obi, told reporters that providing for electronic voting but prohibiting electronic transmission of results was restrictive.

Obi said that another issue of concern for civil society was the significant increase made to the limits for election expenses in Clause 88 of the draft bill.

She added also that the dominance of money in Nigeria’s elections was detrimental to political evolution as finance constituted a major hindrance to the inclusion of marginalized groups like women, youths and persons living with disabilities.

She tasked the National Assembly to review these provisions to allow for inclusivity in elections as the increased limits for election expenses was tantamount to shrinking the political space.

In his remarks, Co-Convener of the Nigeria Civil Society Situation Room, James Ugochukwu, urged the President, Muhammadu Buhari , not to assent to the Bill until the clauses are corrected.

Ugochukwu also expressed confidence that the National Assembly leadership is too professional to pass the Bill without addressing observations made.

He called on constituents to prevail on their lawmakers not to be part of the approval of the Bill without addressing observations made as it did not mean well for the masses in its present state.

The Electoral Act has been amended three times since its enactment in 2010. (NAN)