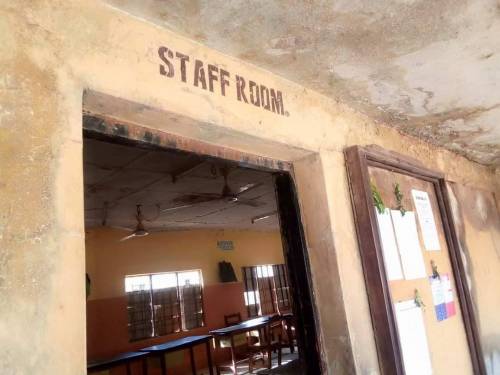 AI noted that the abduction underlined the attack on western education, particularly in northern Nigeria, adding that the government must ensure the arrest and prosecution of the heinous act’s perpetrators.

Global human rights’ body, Amnesty International, has called for the rescue of the 42 school pupils and teachers of the Government Science College, Kagara, Niger State, abducted on Wednesday, saying the attack undermined the right to education.

AI noted that the abduction underlined the attack on western education, particularly in northern Nigeria, adding that the government must ensure the arrest and prosecution of the heinous act’s perpetrators.

In a statement, the AI Nigeria Director, Dr Osai Ojigho, noted that the attack on the GSC Kagara was a “serious violation of international humanitarian law. The abduction of students by armed groups can severely reduce the availability of and access to education for many children in northern Nigeria, where violent attacks are escalating.”

Ojigho said, “We condemn this appalling attack, which is the latest in a string of attacks on schools in northern Nigeria. Attacks on schools and abductions of children are war crimes. Those responsible for the kidnapping must be brought to justice for these and other human rights abuses.

“That this is coming only about three months after a similar incident at a school in Kankara, Katsina state, shows that authorities are not doing enough to protect lives. The children abducted are at serious risk of being harmed. Nigerian authorities must take all measures to return them to safety, along with all children currently under the custody of armed groups.”

“Education is under attack in northern Nigeria. Schools should be places of safety, and no child should have to choose between their education and their life. Other children have had to abandon their education after being displaced by frequent violent attacks on their communities, and many teachers have been forced to flee to other states. The Nigerian authorities must act immediately to prevent attacks on schools, to protect children’s lives and their right to education.

“The protection of children’s lives is paramount, and the Nigerian government must ensure that armed groups do not further threaten the country’s educational sector on a rampage across northern Nigeria.”

It will be recalled that in the early hours of Wednesday, the gunmen abducted 42 persons at the school as the Niger State Government confirmed that 27 of the abductees were students while three were workers of the college while 13 members of their families were also kidnapped. One student was also shot dead by the abductors.