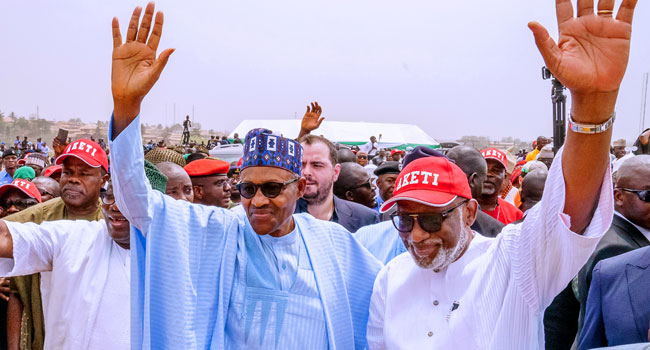 Ondo State Governor, Oluwarotimi Akeredolu (SAN) has won the governorship primary of the All Progressives Congress (APC) with a wide margin.

He polled 2,458 votes to defeat eight other aspirants that participated in the primary.

The governor won in all the 18 local governments in the state.

Declaring Akeredolu winner of the primary election, the chairman of the election committee, Governor Yahaya Bello said a total of 3,016 delegates were accredited for the exercise while total votes cast stood at 2,793. Of the number, 2, 760 votes were valid while 33 were declared as invalid.

The primary, which was held at the Ondo State International Cultural and Event Centre, started exactly 2:00 pm on Monday and ended 1:00 am Tuesday. Accreditation commenced 11:00 am.

No violence was recorded throughout the 14-hour exercise.

In his acceptance speech, Akeredolu said he could not have had it better as the victory was handed to him on his birthday.

He pointed out that the exercise started on his wife’s birthday and ended on his own birthday.

He called on co-aspirants to join him in the journey ahead, stressing that he needs all of them as experienced generals in their own rights who are leading troupes that are important in the task of developing the state.

Akeredolu said their participation enriched the race, adding that all of them were winners.