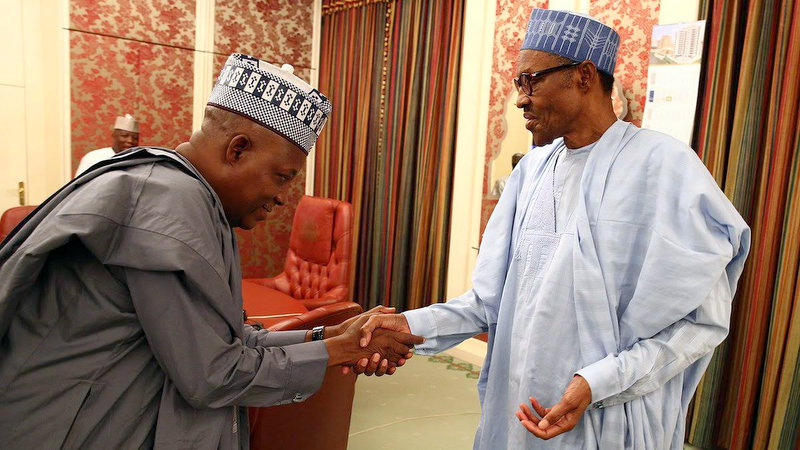 The belief by many Nigerians of the existence of a ‘cabal’ dictating affairs of the government was on Thursday validated by Kassim Shettima, a senator and former governor of Borno State.

The senator who did not shy away from his admiration for the ‘cabal’, said such structure exists in every government.

“…I like power and If I have my way, now that am in Abuja, I won’t mind being part of the cabals,” Mr.Shettima, the chairman, Senate Committee on Interior said.

He spoke as a Guest Speaker at the 17th Edition of the Daily Trust Dialogue held in Abuja with the theme: “20 Years of Democracy in Nigeria: Strengths, Weaknesses, and Opportunities”.

The 2020 edition of the annual dialogue was attended by Namadi Sambo, a former vice president; Governor Kayode Fayemi of Ekiti State; Lynda Ikpeazu of the House of Representatives among a host of other dignitaries.

The word ‘cabal’ became notorious in Nigeria’s political lexicon during the 2012 controversial oil subsidy removal. Then-President Goodluck Jonathan said a notorious cabal was holding the country to ransom and benefitting from the fuel subsidy funds.

He said they were responsible for the country’s economic woes.

Many Nigerians including the First Lady, Aisha Buhari, have also pointed out that there is a cabal of people who influence decisions taken by President Muhammadu Buhari and the presidency.

While Mr. Buhari and his aides have played down the notion of the ‘cabal’, Mr. Shettima saw nothing wrong in a government having men behind the curtain.

He said he would rather prefer to call it “power brokers or inner caucus”.

The senator said such an arrangement even exists in more advanced democracies.

“When Jimmy Carter was the president of America, he had his cabal. They were called the Georgia Gang. Almost all his appointees were from Georgia.

“Even when our brother, Barack Obama became president, about 16 top appointments in the Obama administration were from Chicago. His first two chief of staff, so also two secretaries, his two advisers were all from Chicago.

“Power does not exist in a vacuum”, he noted.

The former governor also took the crowd on a journey through Nigeria’s two-decade-old recent democracy.

He said one of the shortfalls of the democratic dispensation under the fourth republic is that it has not allowed women equal playing field in the country’s political space.

His assertion builds on several analyses, including that of PREMIUM TIMES and the Centre for Democracy and Development (CDD) which have shown that women have not been fairly represented in government despite their significant voting population.

Since 1999, no woman has emerged president, vice president or even an elected governor. Out of the 109 Senate seats, women have never occupied up to 10. The highest was in 2007 when there were nine female senators.

The senator said only six women were returned as senators in the 2019 elections. He said Nigeria should learn from countries such as Rwanda where women are given equal opportunity to participate in government.

“It is a charade when there is no rule of law. The rule of law is to democracy what democracy is to human lives”, the former governor noted.