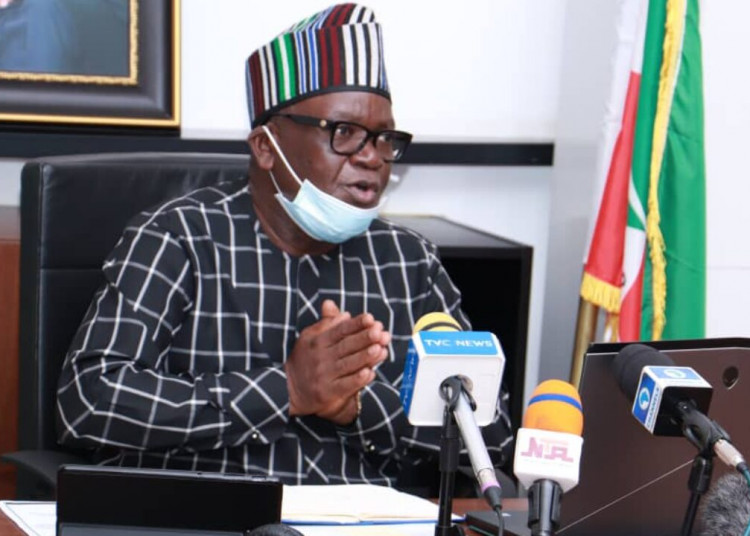 Ortom, who also accused Mohammed of being part of the plot to assassinate him, called on the Bauchi State governor to apologise to Nigerians over his comments that herdsmen should carry AK-47 and other sophisticated weapons.

While addressing journalists on Monday in Makurdi, the Benue State governor said Bauchi State counterpart’s comment was uncalled for and an indication that he was part of those terrorising the country.

According to him, Nigeria’s constitution does not allow anyone except security agents to carry arms.

He called on Mohammed to go back and read the constitution to keep himself abreast of such issues.

Ortom said: “I wouldn’t want to be taking issues with my brother, friend, and colleague, Bauchi governor. But since he has continued to vilify, intimidate and blackmail me, it is said that silence is consent. I am compelled to respond to him.

“I am beginning to think that my brother, the governor of Bauchi State, is part of the terrorist Fulani organisation that is terrorising this country.

“Why do I say this? This is the same governor who took the oath of office to protect the Constitution of the Federal Republic of Nigeria. This constitution does not leave room for allowing foreign herdsmen to come in without valid papers.

“This is a man who says that a Fulani man is a global man and can come in from anywhere and enter Nigeria. It is quite disappointing to hear a governor who took the oath of office …maybe he should go back and check the oath of office he took to check may be the constitution gives room for foreign terrorist Fulani herdsmen to come into Nigeria.”

Ortom alleged that Mohammed is part of a conspiracy and plan to assassinate him and unleash terror on Benue State.

He said the statement and utterances by Mohammed showed that he had a hand in a threat letter written to him (Ortom) by a Fulani terrorist group to assassinate him.

The governor added that he had no issue with Fulani or any other tribe who wants to reside in Benue State, but such people must obey the rule of law while in the state.

Reacting to Mohammed’s statement that herders can carry AK-47 to defend themselves, Ortom said: “His recent outburst that Fulani herdsmen are justified for carrying AK-47 to protect themselves, I don’t know where the constitution of this country allows that.”

Ortom called on Mohammed to apologise and learn from the provisions of the constitution that land both territorial, forest, and aquatic, are vested in the governor of a state who holds them in trust, instead of indulging in inciting Fulani herdsmen against innocent Nigerians.

The governor urged Mohammed to learn from the governors of Kano and Kaduna States as well as scholars who had supported calls to ban open grazing and the need not to pamper bandits.

He said herdsmen not willing to obey the laws of the state should relocate to Bauchi where Mohammed would allow them to carry guns.

The governor said his call for the declaration of a state of emergency in Nigeria was a patriotic one that has the backing of senators.

He expressed the hope that his letter to President Muhammadu Buhari would receive the desired attention.

He sympathised with his Niger State counterpart over the recent kidnapping of Government Science College, Kagara pupils and commuters by gunmen.

The governor, who also spoke on a variety of issues, lauded security agents for improved security in the Sankera, saying the ban on the use of motorcycles in Katsina-Ala has yielded positive results.