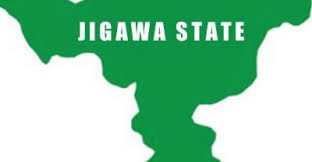 The Jigawa State government has received the results of 45 samples of Almajiri children tested for coronavirus (COVID-19).

The State Commissioner of Health, Dr Abba Zakari, disclosed this to reporters on Thursday at the National Youth Service Corps (NYSC) camp where the children were being isolated.

He revealed that the results of 16 samples returned positive while that of the remaining children came out negative.

Zakari explained that the 45 children were among the 607 Almajirai whose samples were collected for testing following their repatriation from Kano State.

He noted that the government was expecting the results of the other 562 also in isolation in Kiyawa Local Government Area of the state.

According to the commissioner, the 29 Almajiri children who tested negative would be allowed to go home and the sum of N10,000 would be given to each of them.

He, however, noted that the other ones who tested positive would remain at the isolation centre until they recover from the disease.

Zakari also informed reporters that the government was expecting another set of 93 Almajiri children from Plateau State.

He stated that just like the ones who returned earlier, they would be isolated and their samples would be collected to determine their COVID-19 status.