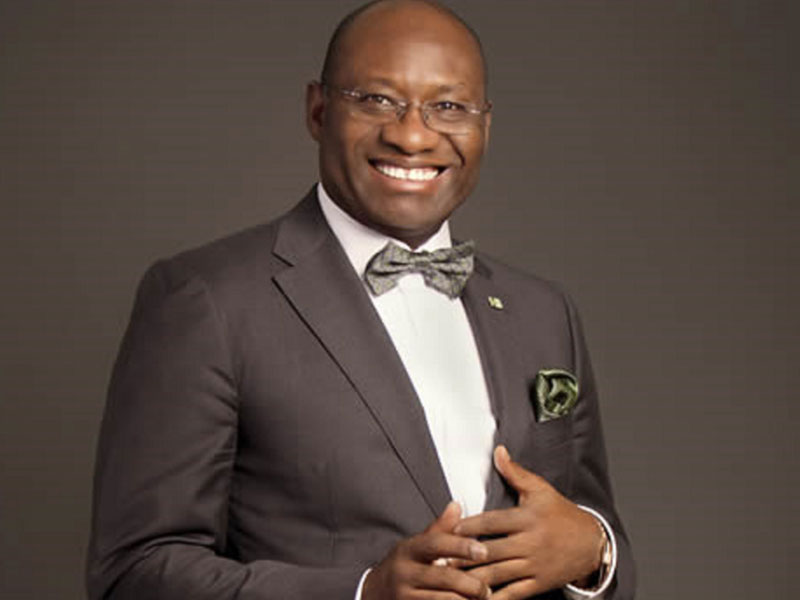 The Chief Executive Officer of Heritage Bank Plc, Ifie Sekibo has stated his passion for youth mentorship is hinged on the belief that it is the pathway to the economic development of the country and the African continent.

Sekibo, reputed for returning moribund companies to the path of sustained profitability, said he finds it satisfying, mentoring the younger generation which he does with all passion and God-given resources as he was also mentored along the way to where he is now.

Going down memory lane, he said the support and advice he received when he started his career as an Auditor II with the Rivers State government’s Audit department in 1988 before he joined KPMG in Lagos as an Audit Trainee in 1989 provided the direction for his career trajectory.

He later moved to ELF Nigeria limited as a Cost Controller from where he joined Investment Banking and Trust Co. limited, as an Assistant Manager from 1991 to 1997.

Sekibo an alumnus of Harvard Business School, later became the Group Managing Director of International Energy Insurance Plc, from 2003 to 2009 before the switch to Heritage Banking Co. Limited as the Managing Director/Chief Executive Officer from 2009 to 2014 when he led the bank to acquire Enterprise Bank and got a national license from the Central Bank of Nigeria (CBN) to operate nationwide. He has been the MD/CEO since 2014.

It would be recalled that Nigeria’s youthful population has always been touted as her human capital resource and that if well managed, would grow the Gross Domestic Product (GDP) and place the country in vintage position in the comity of nations.

Capital growth rate is slightly negative and the economy is not growing fast enough to create the needed jobs for its unemployed youthful population, especially now with the advent of COVID-19 where the economy is facing contraption.

The African Development Bank in its regional economic outlook report said West Africa’s burgeoning youth population offers a strategic workforce which can be harnessed for employment and economic growth, despite the pandemic that is devastating the continent and global economies.

The report said as a result of the pandemic, growth in the West Africa region, which was poised to expand by 4.0 percent in 2020, following growth of 3.6 percent in 2019, is now projected to contract by -2.0 percent in 2020 and could fall by as much as -4.3 percent in a worst-case scenario.

Nigeria, being among the countries that depend majorly on oil and others that depend on tourism for foreign exchange and fiscal revenues will especially face reduced fiscal space and heightened external account imbalances, stoking a build-up of public debt. The youthful population, according to the report is the panacea to speed up economic recovery.