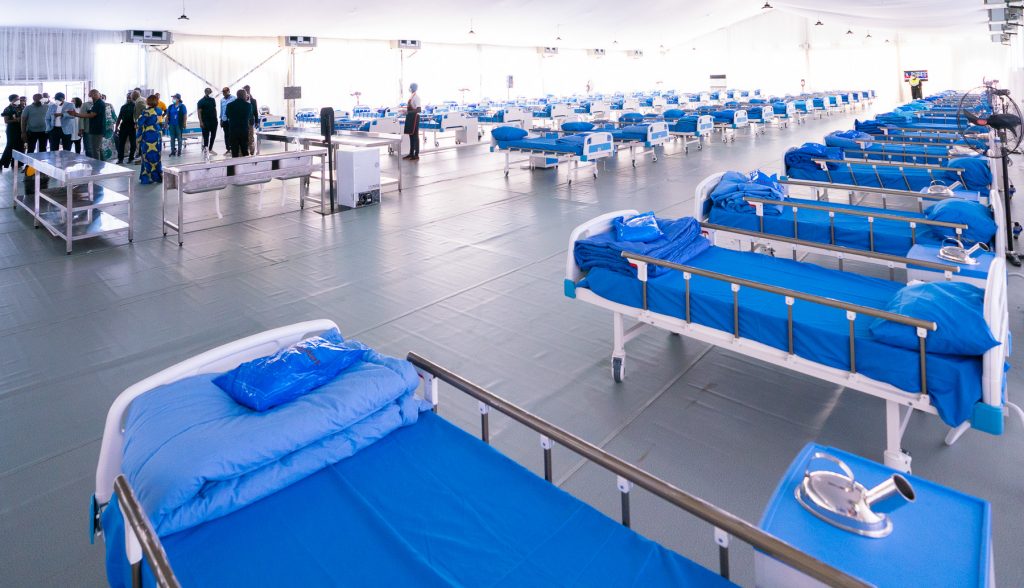 The Federal Capital Territory Administration (FCTA) has announced the conversion of the Asokoro General Hospital into an isolation centre for COVID-19 patients.

The Minister of the FCT, Muhammad Bello, at a news briefing on Thursday said the FCT administration is working with private sector players to provide 600 beds for various isolation centres in the city.

Mr Bello said that based on expert medical advice, the Asokoro Hospital has been fully converted into isolation and treatment centre and can accommodate up to 100 patients inclusive of those that may require intensive care treatment.

On the Idu Isolation centre, the minister said that the facility can accommodate up to 300 beds. He expressed the appreciation of the FCTA to Polaris Bank for provision of 100 beds and Fola Adeola of the FATE Foundation for the provision of 50 beds and other items such as monitors and PPEs. The Minister also thanked the CCECC for providing the furniture, air conditioners and power and water to the facility.

The Minister also disclosed that the General Hospital Karu is being retrofitted and upgraded into a standard isolation and treatment centre.

Mr Bello also revealed that more patients in FCT isolation and treatment centre at the University of Abuja Teaching Hospital will be released in the coming days if their test results come out as negative.

On members of the public who violate the lockdown directive especially in some satellite areas, the minister said the continuation of this will give the Administration no choice but to enforce even stricter measures as it was determined to flatten the curve of COVID 19 cases in the FCT.

On the palliative measures being put in place by the FCT Administration, the minister of state, Ramatu Aliyu, said that 600,000 households, 100,000 each from each Area Council, are billed to benefit from these measures.

She said that there will be in place a monitoring team made up of civil society organisations, religious and traditional rulers, youth and women groups to ensure an equitable distribution of the palliatives. She also revealed that distribution will be carried out through a door to door mechanism to prevent overcrowding.

Mr Bello thanked members of the Ministerial Advisory Committee for devoting their time, expertise and personal resources for fighting the pandemic in the FCT. He also expressed gratitude to the medical personnel in the frontline of the fight against the virus as well as volunteer journalists who have used the platforms provided by the FCTA to enlighten members of the public on its dangers.

The minister also appreciated the corporate organisations that made donations to the FCTA for the fight against the COVID 19 pandemic. They include the MTN Nig PLC and Mikano for the supply of one 350 KVA generators each at the Karu General Hospital and University of Abuja Teaching Hospital Isolation and Treatment Center, Julius Berger Nig. PLC for the supply of 350 hospital beds, GE Health for the repair of broken ventilators, GT Bank and Zenith bank for their efforts at the Karu General Hospital and the Abuja Chamber of Commerce complex respectively.

Earlier, the Chairman of the Ministerial Advisory Committee, Modibbo Umar, said the Committee was formed to complement the work the FCT Administration was doing towards averting the COVID-19 pandemic.