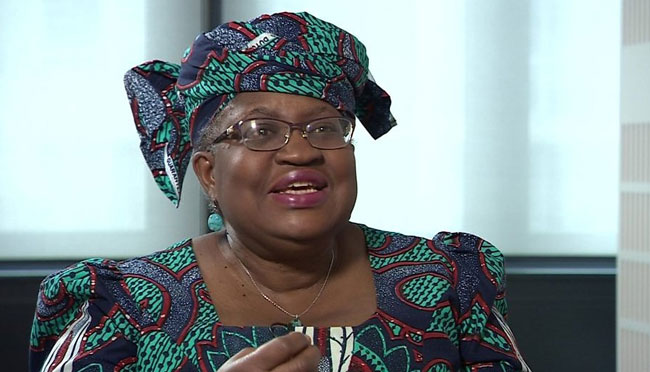 Nigeria’s Ngozi Okonjo-Iweala will be formally appointed as the director-general of the World Trade Organisation on Monday.

The WTO has called a special general council meeting at which the former Nigerian finance minister and World Bank veteran is expected to be formally coronated as the global trade body’s new director-general.

The 66-year-old will be the first woman and the first African to occupy the position.

The organisation is eager to conclude a drawn-out process, having been leaderless since Brazilian career diplomat Roberto Azevedo stepped down last August, a year ahead of schedule.

The process of picking one of eight candidates to succeed him had been expected to wrap up by November, but the administration of former US president Donald Trump blocked the consensus to appoint Okonjo-Iweala.

US President Joe Biden strongly swung behind her candidacy shortly after the only other remaining contender, South Korean Trade Minister Yoo Myung-hee, pulled out.

During the presidential campaign, Mr. Biden had promised to reject his predecessor’s antagonism toward multilateral institutions, therefore encouraging the other 163 WTO members to delay for months a final decision on the next director general until the new administration came into power.

For Okonjo-Iweala, gaining the backing of the United States is the start of what will be a long and tedious assignment. The COVID-19 pandemic and the resultant ascendancy of economic nationalism will be a test for the new incoming WTO Chief.

Okonjo-Iweala has made it clear that her first priority would be to ease the flow of goods, particularly protective gear, drugs and vaccines, at a time when countries are hoarding supplies.