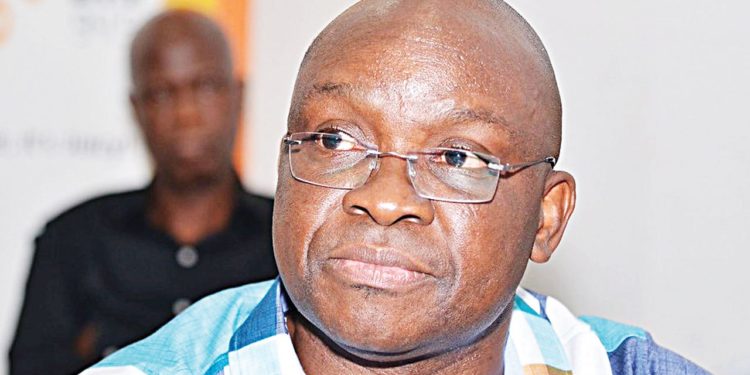 Fayose said the National Assembly should impeach Buhari to regain its powers and integrity.

In a series of tweets, the Peoples Democratic Party, PDP, chieftain said the federal lawmakers have surrendered their powers to Buhari.

According to Fayose: “If the NASS wants to regain its power and integrity, the President should be impeached. But can this NASS bite?

His remark is coming at a time Buhari snubbed the National Assembly.The lawmakers had invited the president over the spate of insecurity in the country.

Despite a presidential aide, Lauretta Onochie confirming that Buhari will honour the invitation, Abubakar Malami, Attorney General of the Federation had stressed that the National Assembly lacked the powers to summon Buhari over issues of insecurity.