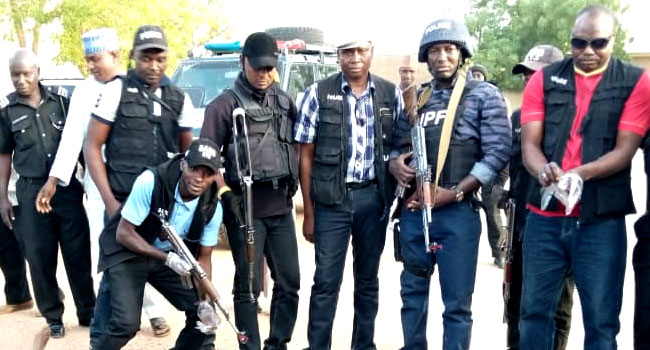 A resident of Ƙankara Local Government Area has revealed why bandits abducted over 300 schoolboys in Katsina State.

The man who does not want his identity revealed told Channels Television on Monday that the bandits abducted the students from the Government Science Secondary School, Ƙankara in what he described as a reprisal.

He revealed that the bandits had attacked ‘Yar-Kuka village last week where some villagers were killed and others abducted.

“There is something people are yet to know; before the recent abduction of Ƙankara Secondary School students, the bandits had on Wednesday attacked ‘Yar-Kuka village and killed 12 people and abducted an unspecified number of people in the village.

“On Thursday, vigilante group mobilised and went after the bandits in their hideouts and engaged in burning down the Fulani houses, injuring and killing some of them,” the resident said.

He explained that as a result, this made the bandits strike again and that led to the attack on the schoolchildren on Friday night.

The man stated that the bandits stormed the school and started shooting sporadically in the air, causing commotion and stampede before scaling over the fence and burgling the gate.

According to him, the bandits gathered the students in a place and shepherded them to Pauwa village where they had parked their motorcycles.

The abduction of the schoolboys came at a time when President Muhammadu Buhari travelled to his hometown in Daura, Katsina State on a private visit.

He condemned the abduction of the students and directed the reinforcement of security of all schools in line with the safe school policy of his administration.

In a statement on Saturday, the Presidency said the military had located the bandits’ location and were in the process of retrieving the abducted students.

The Minister of Defence, Major General Bashir Magashi, had also given an assurance that the boys would be rescued in some few hours when he led a delegation of the Federal Government, including the service chiefs to the state.

Governor Aminu Masari of Katsina State confirmed that at least 333 students were missing, and almost a day since the minister made the promise, the schoolboys had yet to return.